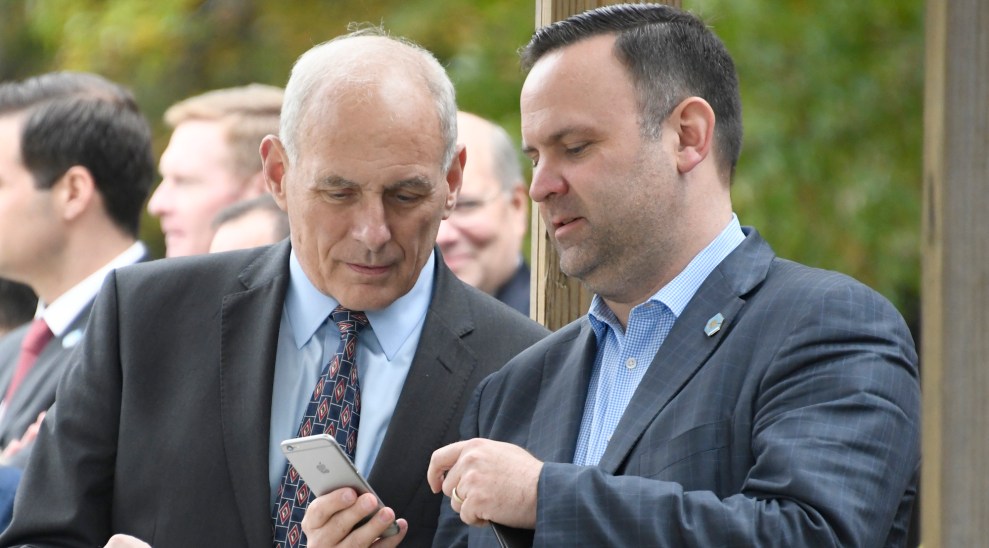 Feinstein’s letter says the committee, where she is the ranking Democrat, has “received information” regarding Scavino’s potential communications with Russians. The California senator did not elaborate.

During the now infamous June 2016 Trump Tower meeting where Donald Trump Jr. hoped to obtain damaging information on Hillary Clinton from a Russia lawyer, Rob Goldstone, the British publicist who helped arrange the sit-down, reportedly suggested that the Trump campaign create a page on a Russian social-media site to connect with Russian Americans. After the meeting, Goldstone emailed Scavino, who was not at the meeting, to press him to pursue the idea, CNN reported. A Feinstein spokesman did not respond to questions about whether Goldstone’s suggestion or other information formed the basis for the claim in her letter.

Scavino, a former golf caddie of Trump’s who acts as a vociferous and aggressive alter ego for the president on Twitter, did not immediately respond to a request for comment.

Feinstein also sent a letter Wednesday to Brad Parscale, who oversaw the Trump campaign’s digital operation, asking him to agree to an interview and turn over any documents he has related to contacts with Russian nationals or groups such as WikiLeaks.

The letters cite the US intelligence community’s conclusion that Russia interfered in the 2016 election to help Trump, in part through social-media messaging. Trump campaign officials, including Parscale, have denied allegations that they shared campaign data with Russian officials to help them effectively target social-media messages.

In an October 2017 interview on CBS’ 60 Minutes, Parscale said any allegation he was involved in collusion is “a joke.” In a November letter responding to an inquiry by House Democrats, Parscale said, “I do not have any firsthand knowledge of foreign interference in the 2016 election.” Parscale has not said whether he knew of other Trump campaign officials communicating with foreign nationals. But in an email last month to Mother Jones, he argued he had fully addressed the matter. “I have said it on Fox News, 60 Minutes, Twitter, etc.,” he wrote. “Not sure how many more times I can make it clear.” Parscale did not respond to an email Wednesday.

My statement on the House Intelligence Committee's request to interview me about the 2016 election. pic.twitter.com/Aamz6gQFGS

The letters are the latest in a slew of Russia-related inquiries that Feinstein has sent over the last few months without the cooperation of the Judiciary Committee’s chairman, Sen. Chuck Grassley (R-Iowa). Grassley and Feinstein have conducted mostly separate investigations since October, when their previously bipartisan probe fractured over Feinstein’s complaint that Grassley was overly focused on investigations of Hillary Clinton and the Obama Justice Department. Democrats argue those inquiries are attempts to distract from the Trump campaign’s suspected collaboration with Russia. Without Grassley, Feinstein lacks subpoena power, leaving her reliant on voluntary cooperation.