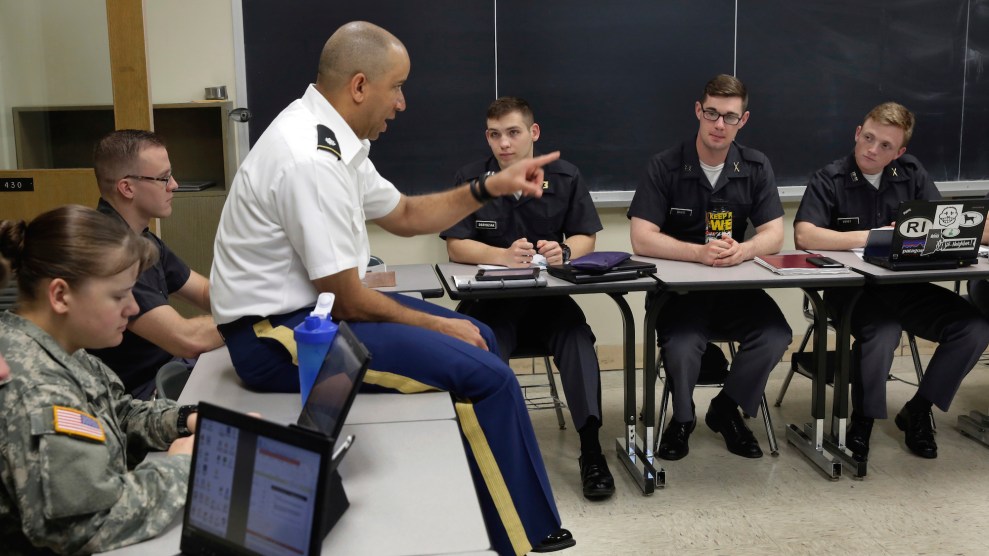 On Monday, as federal agencies kicked off the first workday of the government shutdown, the United States Military Academy at West Point faced a question that’s been plaguing the nation’s five military colleges: Who would teach classes for its more than 4,000 cadets?

Civilian faculty members, who comprise roughly a quarter of West Point’s faculty, learned that they would be among the employees furloughed after the Senate failed to pass a temporary spending bill on Friday.

In a press release citing a mandate from the Defense Department, West Point said it was committed to continuing its educational mission “with as little disruption as possible.” Cadets would still attend classes and participate in scheduled extracurriculars, including athletics. But to achieve this, military faculty would have to step up and cover for the furloughed civilians.

With the Senate’s passage of a temporary spending measure Monday, the shutdown shouldn’t last much longer. But the confusion at West Point offers a window into the havoc a prolonged shutdown could wreak at institutions around the country a few weeks from now should Congress fail to reach a longer-term spending deal.

Military instructors who pull double duty subbing for civilian-taught classes aren’t getting paid for those efforts.

The military instructors at West Point spent the weekend coordinating who would sub for which courses and determining how key facilities, such as the gymnasium, would remain open without the civilians who typically oversee them. One instructor said mandatory PE classes had to be scaled back, since most of the sports medicine and janitorial staff were out. And military personnel who pulled double duty covering classes won’t be paid for those efforts. “We work based on what the mission needs,” said an instructor who subbed for two classes on Monday. “We aren’t compensated for overtime and things like that.”

Three thousand positions on the West Point grounds are funded through the annual spending bill, but health and safety officials such as firefighters, security guards, and medical staff were among the only civilian employees who showed up to work Monday—to safeguard students and personnel living at the West Point garrison. The West Point commissary was slated for closure by midweek had the shutdown continued. Preparations for a prolonged shutdown were to be announced Monday afternoon, but the Senate’s passage of a three-week stopgap measure seems to have put those plans on hold.

The October 2013 government shutdown had major consequences for all five military academies. During that 16-day stalemate, the schools canceled civilian-taught classes and suspended athletic competitions. The US Merchant Marine Academy closed its doors entirely.