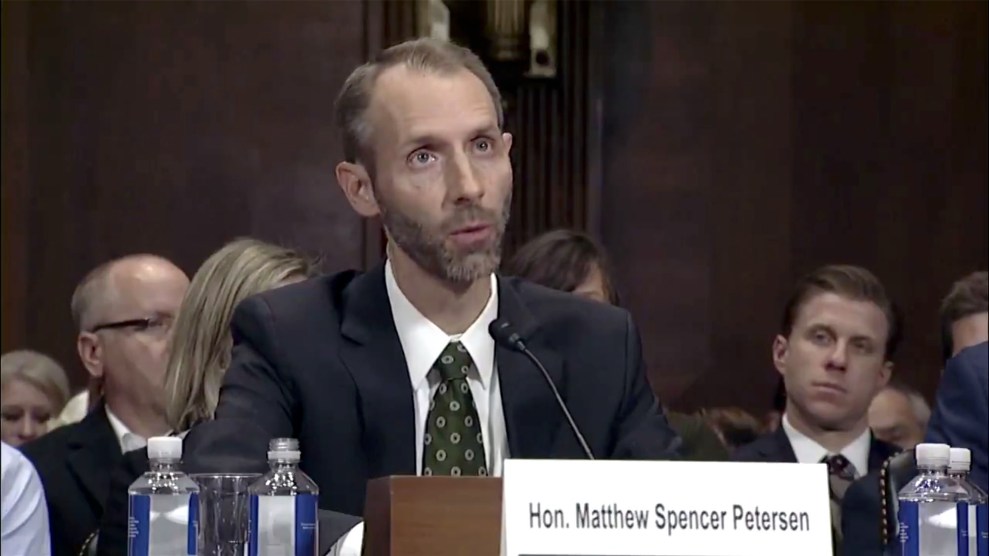 Matthew Spencer Petersen, a member of the Federal Election Commission who President Donald Trump had nominated to the US District Court for D.C., has withdrawn his name from consideration. Petersen’s nomination came under scrutiny last week, after a video of his confirmation hearing—during which Senator Kennedy (R-LA) asked him basic questions about the law that he could not answer—went viral.

MUST WATCH: Republican @SenJohnKennedy asks one of @realDonaldTrump’s US District Judge nominees basic questions of law & he can’t answer a single one. Hoo-boy. pic.twitter.com/fphQx2o1rc

Buzzfeed obtained the letter that, on Saturday, Petersen sent to the President, announcing his withdrawal. “I had hoped my nearly two decades of public service might carry more weight than my two worst minutes on television,” he wrote. “However, I am no stranger to political realities, and I do not wish to be a continued distraction from the important work of your Administration and the Senate.”

In a statement to The Hill, a White House official confirmed that the President has “accepted” Petersen’s withdrawal.

The withdrawals are some of the first bumps in Trump’s otherwise fast-moving effort to remake the federal courts. In an interview today, Senator Kennedy said that Trump called him on Saturday and tacitly suggested that more unqualified judges may be coming. As Kennedy told a New Orleans TV station: “The President and I get along fine. [Trump] has told me, ‘Kennedy, when some of my guys send someone over who is not qualified, you do your job.'”

“Just because you’ve seen My Cousin Vinny doesn’t qualify you to be a federal judge,” Kennedy said to WWLTV.