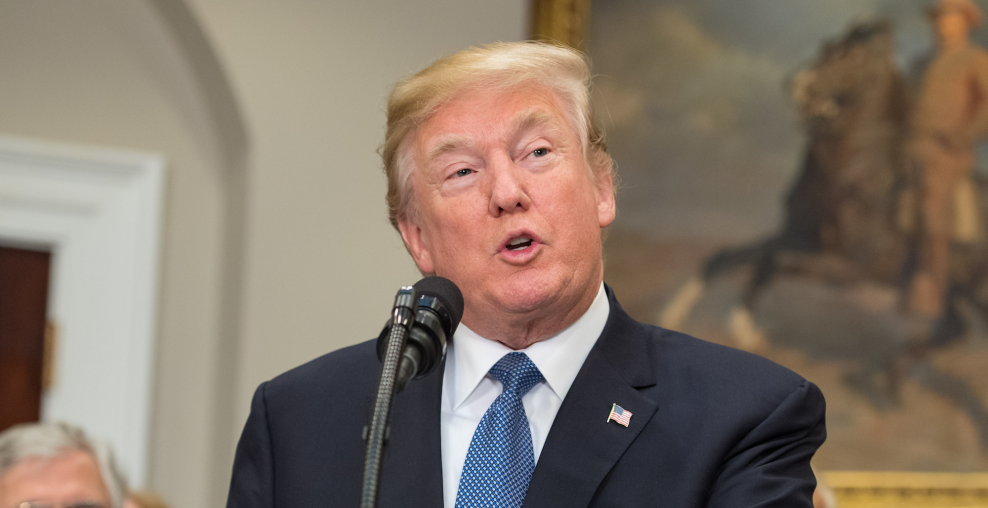 On Tuesday, President Donald Trump lashed out at the Democratic lawmakers urging his resignation over the longstanding sexual misconduct allegations made against him by at least fifteen women.

Despite thousands of hours wasted and many millions of dollars spent, the Democrats have been unable to show any collusion with Russia – so now they are moving on to the false accusations and fabricated stories of women who I don’t know and/or have never met. FAKE NEWS!

Lightweight Senator Kirsten Gillibrand, a total flunky for Chuck Schumer and someone who would come to my office “begging” for campaign contributions not so long ago (and would do anything for them), is now in the ring fighting against Trump. Very disloyal to Bill & Crooked-USED!

The pair of angry tweets came one day after four Democrats, including Sen. Kirsten Gillibrand (D-N.Y.), urged Trump to step down over the claims. Three of Trump’s accusers renewed their stories to the media on Monday in hopes that Congress would investigate their claims amid the broader national conversation about sexual harassment—a step the group of Democrats said they would welcome in the likely absence of Trump’s resignation.

In attacking Gillibrand, Trump said she would “do anything” for campaign contributions—a suggestive remark many on social media took as sexually demeaning. The New York senator swiftly fired back with a tweet of her own: “You cannot silence me or the millions of women who have gotten off the sidelines to speak out about the unfitness and shame you have brought to the Oval Office.”

The president also seemed to claim to have never met any of his accusers. While he has repeatedly denied their accusations of sexual misconduct, his at least 15 accusers include his ex-wife, a People reporter who interviewed him, a contestant on “The Apprentice,” women he has been photographed with, and women who have appeared in his beauty pageants.