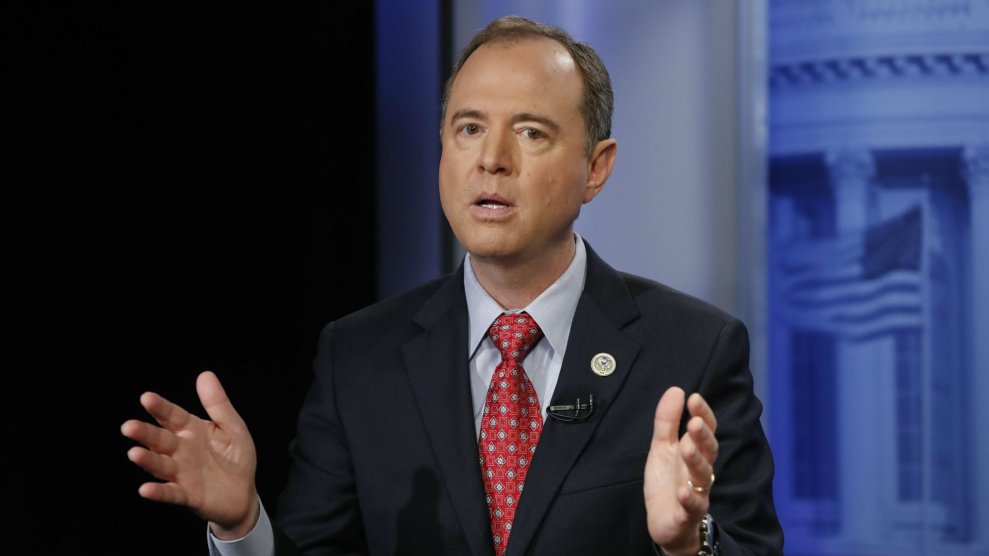 Republicans on the House intelligence committee appear intent on shutting down the panel’s investigation into Russian interference in the 2016 election as soon as next Friday, according to the committee’s top Democrat. Rep. Adam Schiff (D-Calif.) warned in a series of tweets that the move could presage an all-out GOP attack on Special Counsel Robert Mueller’s investigation of possible Trump campaign coordination with Russia. Schiff said House Speaker Paul Ryan (R-Wis.) could be pressuring the panel to prematurely wrap up its work and would have “responsibility” for any effort to curtail the probe.

I’m increasingly worried Republicans will shut down the House Intelligence Committee investigation at the end of the month.

Schiff noted that Republicans have scheduled no witness interviews after Friday, December 22. That’s despite “dozens of outstanding witnesses on key aspects of our investigation that they refuse to contact” and unexecuted document requests. Committee Republicans did not immediately respond to requests for comment on Friday.

Republicans have scheduled interviews of two important witnesses in New York next week—”in an effort to squeeze them in before end of year,” Schiff tweeted. This move will prevent attendance by committee members who have to stay in Washington for votes. The Wall Street Journal reported that those witnesses are President Trump’s longtime assistant Rhona Graff, now a senior vice president in the Trump Organization, and Felix Sater, a Trump associate who worked to complete a deal to build a Trump Tower in Moscow while Trump, as a presidential candidate, falsely claimed he had no business interests in Russia.

Schiff suggested in one tweet that the pressure to quickly wrap up the probe is coming from Ryan, who has himself faced pressure by President Trump and his supporters to end the Russia probe or investigate Hillary Clinton’s work as secretary of state instead. A Ryan spokeswoman did not respond to questions about whether he has pressed intelligence committee members to curtail their investigation.

The responsibility to conduct a thorough investigation, or to prevent one, ultimately falls on @SpeakerRyan. I’m concerned he's heeding the calls of Bannon and @POTUS to “DO SOMETHING” by closing down the Russia investigation & opening up another investigation of Hilary Clinton.

Republicans in recent weeks have ramped up attacks on Mueller’s investigation, citing criticism of Trump in texts that two former members of Mueller’s team exchanged as evidence of FBI bias against the president. Democrats call the attacks a thinly-veiled effort to weaken Mueller in a bid to shield Trump and his associates from scrutiny.

“The attacks on Mueller, DOJ and FBI this week make it clear they plan to go after Mueller’s investigation,” Schiff tweeted. “Aggressively and soon.” He argued that shutting down the House probe would allow the White House to ramp up pressure on Mueller.

Trump has personally called various congressional Republicans involved in investigating his Russian ties to urge them to cut short their probes, the New York Times reported last month. Senate Majority Leader Mitch McConnell (R-Ky.) and Senate intelligence committee chairman Richard Burr (R-N.C.) are among those Trump has contacted, according to the Times. Additional pressure has come via White House staffers who maintain contact with committee staffers, according to congressional aides who requested anonymity.

Despite White House pressure, Burr has extended his committee’s investigation into 2018, according to Bloomberg. But Burr has also said he does not plan additional public hearings and wants to wrap up witness interviews quickly.