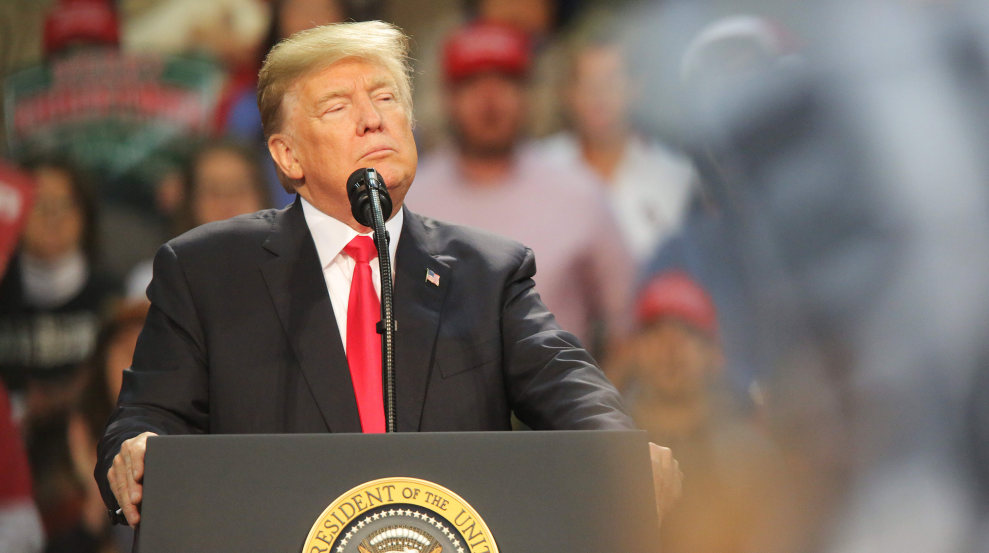 Less than two weeks before the end of the year, President Donald Trump is set to finally score the first major legislative victory of his presidency, with both the House and Senate planning to pass the Republican tax reform bill on Tuesday. But the long-awaited win comes with a downside for the president: it’s one of the most unpopular bills in recent memory and a majority of the public doesn’t believe Trump’s claims about the bill.

According to a new CNN poll released Tuesday, 55 percent of Americans oppose the bill. Despite the president’s repeated claims that he will be a “big loser” under the bill, 63 percent of Americans believe that the plan will indeed benefit Trump and his wealthy family—as numerous non-partisan analyses have also concluded.

“We will ensure that the benefits are focused on the middle class, the working men and women, not the highest income earners,” Trump told a crowd in Indianapolis in September. He added: “I’m doing the right thing—and it’s not good for me, believe me.”

On Saturday, he described the bill as a “Christmas gift” for the middle class.

Despite the tanking support, Congress is set to pass the plan today, with Trump expected to sign it as early as Wednesday.