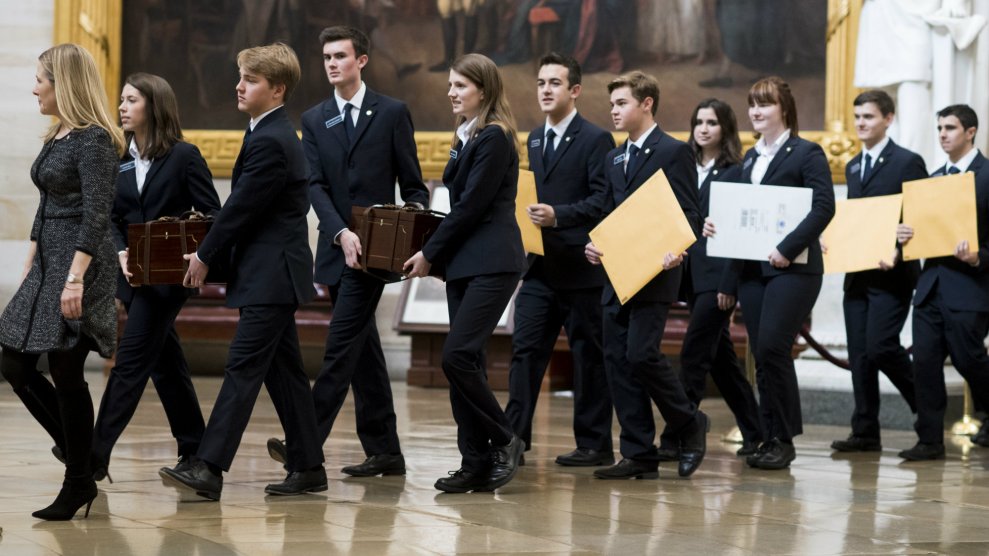 “It would be unconscionable for Congress to not be vigilant and proactive in taking precautions to safeguard these children given the well-sourced allegations against Roy Moore,” she wrote to the Senate Sergeant at Arms.

The Senate page program was established in 1829 and, since then, senators in every state have appointed and sponsored 30 pages each session who are often high school students as young as 16. Their terms can extend from several weeks during the summer to five months during the school year. Their primary duties include delivering correspondence and legislative material within the Congressional complex.

In her letter, the congresswoman referred to allegations that Roy Moore has had inappropriate relationships with at least 10 minors, including initiating a sexual encounter with a 14-year-old girl when he was a 32-year-old district attorney. These allegations first surfaced on November 9 in a Washington Post story and have been a central point of reference during this contentious election. Roy Moore has flatly denied these allegations.

Roy Moore is competing with Democrat Doug Jones, and if Moore were to win the closely contested race, the Rep. Moore wrote, he would pose a “threat to the safety of the young men and women” in the Senate page program.

“The nature of life on Capitol Hill necessitates long hours in close proximity to lawmakers and staff that can create power dynamics of which young people are not fully aware,” Rep. Moore said in her letter.

In the past, both the Senate and the House had page programs, but in 2006, former Rep. Mark Foley (R-Fla.) resigned after sending suggestive emails and text messages to male pages. The scandal contributed to the elimination of the House page program in 2011.

“We have seen Members of Congress abuse the Congressional Page Program,” Rep. Moore wrote. “We need to be vigilant stewards of these children going forward.”

She asked the Sergeant at Arms to describe the steps that are being taken to protect Senate pages from “predatory conduct of U.S. Senators and Senate staff.”