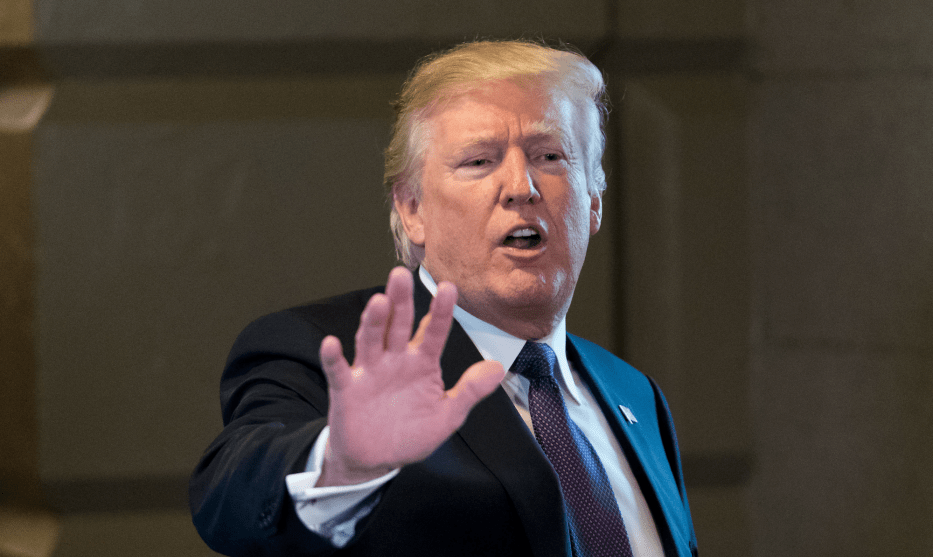 President Donald Trump, who faced a long string of sexual harassment allegations during the 2016 election, swiftly denounced Sen. Al Franken less than one day after a woman accused the senator of forcibly kissing and groping her in 2006.

Trump’s Thursday tweets came amid his deafening silence regarding Roy Moore, the Republican Senate candidate in Alabama, more than a week after the Washington Post first published multiple accounts from women who say when they were teenagers they were sexually assaulted or pursued by Moore while he was in his 30s.

.And to think that just last week he was lecturing anyone who would listen about sexual harassment and respect for women. Lesley Stahl tape?

On Thursday morning, broadcaster Leeann Tweeden published a story accusing Franken of forcibly kissing and groping her during a 2006 USO tour the two performed in together. She also provided a photo that showed a smiling Franken reaching to grab her breasts while she was asleep on a plane.

In his tweets, Trump focused on the photographic evidence against Franken, suggesting that perhaps worse photos exist. Critics seized on the moment to bring up the infamous Access Hollywood recording that captured Trump in 2005 bragging about forcibly grabbing a woman’s “pussy.”

After initially issuing a brief statement apologizing for the incident, Franken on Thursday later released a longer statement saying that he respected women and that he was “disgusted” with himself over the photo.

“While I don’t remember the rehearsal for the skit as Leeann does, I understand why we need to listen to and believe women’s experiences,” he wrote. “I am asking that an ethics investigation be undertaken, and I will gladly cooperate.”

Trump has resisted pressure to denounce Moore, even as more women have come forward to the Post and other outlets with similar accounts. As for his own charges of sexual assault, Trump has vigorously denied every one of them.