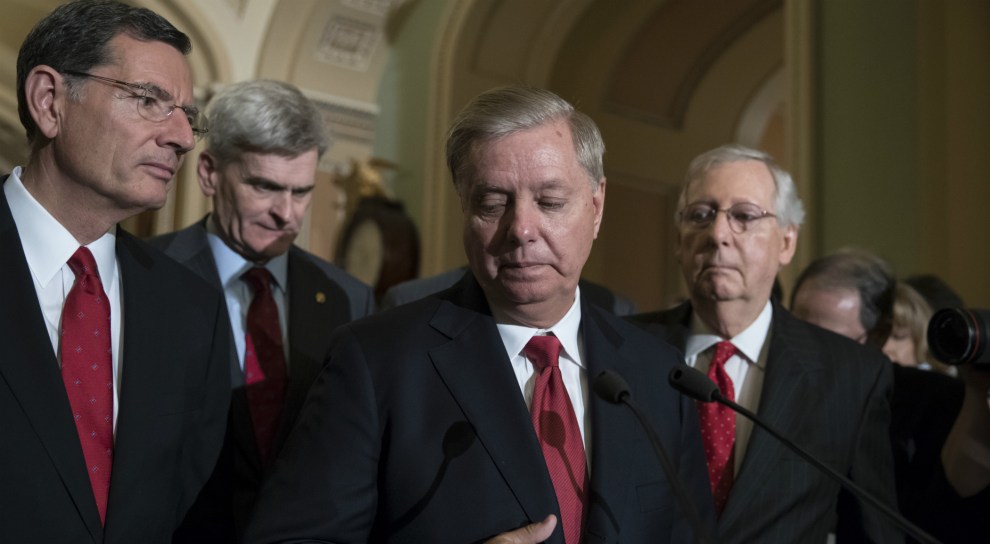 Everyone knows politicians pay excessive attention to the demands of their campaign donors. But if you’re a politician, you’re not supposed to actually say that publicly.

Yet so far this week, two Republican politicians have done exactly that.

“My donors are basically saying, ‘Get it done or don’t ever call me again,'” Rep. Chris Collins (R-N.Y.) told The Hill on Tuesday when asked about the GOP’s tax reform package.

On Thursday, Sen. Lindsay Graham (R-S.C.) followed with his own unusually frank comment:

GOP donors have made clear for months that they are unhappy with congressional Republicans.

As far back as June, Doug Deason, a well-known conservative donor from Texas, announced that “the Dallas piggy bank” for Republican politicians was closed until GOP lawmakers started delivering. He had already refused two congressional Republicans who had asked him to hold fundraisers. “Get Obamacare repealed and replaced, get tax reform passed,” Deason said. “You control the Senate. You control the House. You have the presidency. There’s no reason you can’t get this done. Get it done and we’ll open it back up.”

By the time the Obamacare repeal flopped in late September, lawmakers were privately warning each other about the fundraising ramifications. Sen. Cory Gardner (R-Colo.), who heads the National Republican Senatorial Committee, cautioned his colleagues in a closed-door meeting that they were treading on dangerous ground by failing to deliver for their donors.

But the disconnect between what GOP lawmakers apparently felt obligated to get done (an Obamacare repeal) versus what opinion polls suggested voters wanted (no Obamacare repeal) was getting more uncomfortable.

“Republicans campaigned on this so often that we have a responsibility to carry out what you said in the campaign,” Sen. Chuck Grassley (R-Iowa) said when asked why so many Republican senators were supporting an Obamacare repeal when there was a notable lack of popular support. “That’s pretty much as much of a reason as the substance of the bill.”

Last month, Politico reported that donor anger at Republicans was threatening to bubble over.

With donors going on the record describing the relationship as nakedly transactional, Collins and Graham’s frankness starts to make more sense.