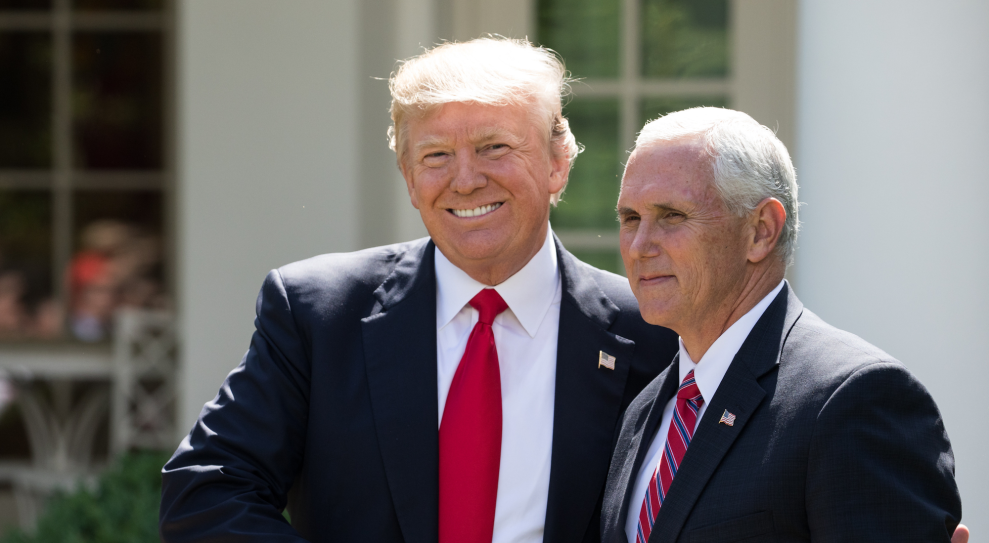 Mike Pence might be constitutionally protected from his boss’s firing powers, but that doesn’t mean he’s escaped the president’s propensity for openly mocking top administration officials. According to The New Yorker’s Jane Mayer, President Donald Trump has derided Pence for his religious and anti-gay views:

A staff member from Trump’s campaign recalls him mocking Pence’s religiosity. He said that, when people met with Trump after stopping by Pence’s office, Trump would ask them, “Did Mike make you pray?” Two sources also recalled Trump needling Pence about his views on abortion and homosexuality. During a meeting with a legal scholar, Trump belittled Pence’s determination to overturn Roe v. Wade. The legal scholar had said that, if the Supreme Court did so, many states would likely legalize abortion on their own. “You see?” Trump asked Pence. “You’ve wasted all this time and energy on it, and it’s not going to end abortion anyway.” When the conversation turned to gay rights, Trump motioned toward Pence and joked, “Don’t ask that guy—he wants to hang them all!”

The reported remarks, as cruel as they are, do accurately touch upon Pence’s record for pushing far-right views, from his efforts to “send Roe v. Wade to the ash heap of history” to supporting the use of taxpayer money for gay conversion therapy. Over the weekend, Saturday Night Live mocked Pence’s anti-gay views in a sketch in which Trump urged Pence to flee a gay wedding.

“Get out of there Mike, bail!” says Alec Baldwin, reprising his role as Trump. “I know you hate this word, Mike, but abort, Mike.”