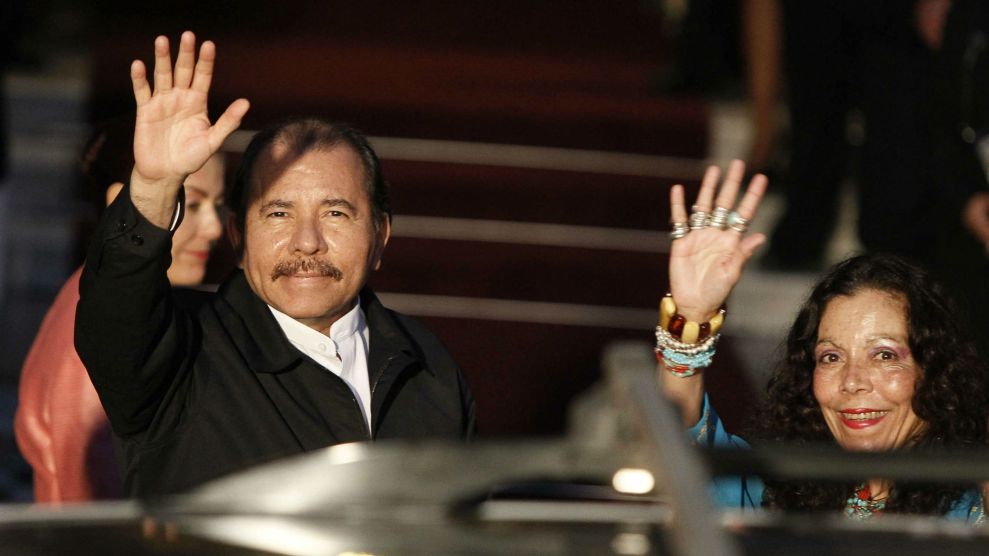 On Monday, Nicaragua officially joined more than 190 countries in signing the Paris climate accord, according to a statement by the country’s vice president and first lady Rosario Murillo.

“It is the only instrument we have in the world that allows the unity of intentions and efforts to face up to climate change and natural disasters,” Murillo said. According to the Guardian, Nicaragua has presented all “relevant documents” to the United Nations.

The U.S. and Syria now stand alone in opposing the historic agreement, which commits developing nations and industrialized ones to a similar framework for tackling climate change. President Trump has said it is “unfair at the highest level to the United States.”

Nicaragua originally refused to sign in 2015, arguing that its  framework didn’t go far enough to hold the worst historic emission offenders accountable, especially the U.S. and European countries. President Daniel Ortega last month announced the shift, saying, “We have to be in solidarity with this large number of countries that are the first victims, who are already the victims and are the ones who will continue to suffer the impact of these disasters.”

President Donald Trump declared in June that he planned to pull the United States out of the Paris climate change agreement and has filed a formal notice with the United Nations outlining his intention. The earliest the U.S. can officially withdraw is Nov. 4, 2020.