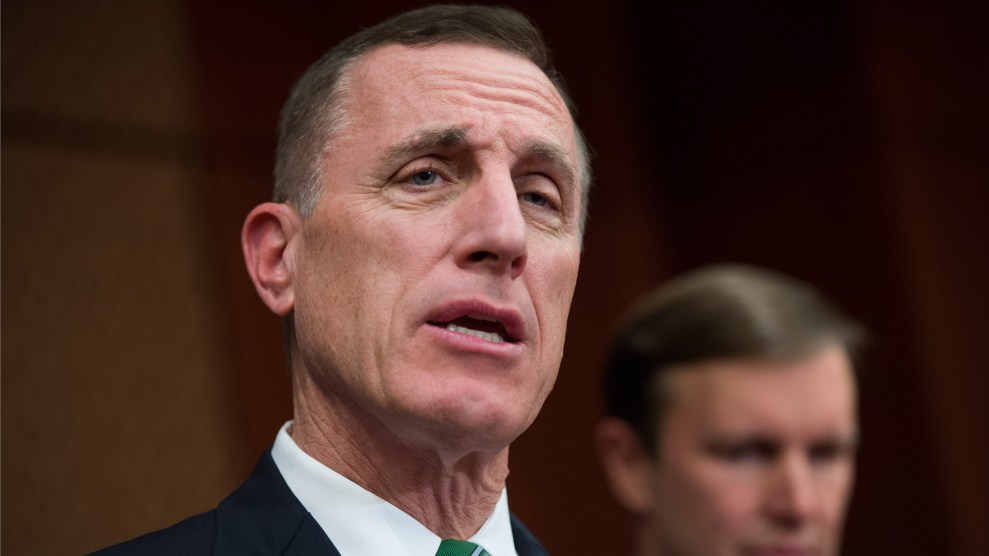 Update, 10/5/17: Rep. Tim Murphy will resign from office on October 21. The announcement comes a day after the embattled congressman said he intended to retire at the end of his term. “It was Dr. Murphy’s decision to move on to the next chapter of his life, and I support it,” House Speaker Paul Ryan said in a statement on Thursday.

Update, 10/4/17: Rep. Tim Murphy (R-Pa.) announced Wednesday that he would retire next year, at the end of his eighth term in office. Politico reported that the embattled congressman met with House Speaker Paul Ryan before making his decision. “In the coming weeks I will take personal time to seek help as my family and I continue to work through our personal difficulties and seek healing,” Murphy said in a statement to KDKA.

Text messages obtained by the Pittsburgh Post-Gazette suggest that Rep. Tim Murphy (R-Pa.)—a favorite of the pro-life movement and the cosponsor of a new bill to ban abortion after 20 weeks—asked his girlfriend to have an abortion earlier this year.

The Post-Gazette reported Tuesday that Shannon Edwards, a 32-year-old forensic psychologist in Pittsburgh with whom Murphy recently admitted to having an extramarital affair, called out the congressman on January 25 after he posted an anti-abortion statement on his Facebook page. “And you have zero issue posting your pro-life stance all over the place when you had no issue asking me to abort our unborn child just last week when we thought that was one of the options,” Edwards wrote in a text message.

“You have zero issue posting your pro-life stance all over the place when you had no issue asking me to abort our unborn child just last week,” Edwards wrote.

“I get what you say about my March for life messages. I’ve never written them. Staff does them. I read them and winced. I told staff don’t write any more. I will,” Murphy, 65, texted back that same day, according to the Post-Gazette. (As it turns out, Edwards wasn’t pregnant in the end.)

The Post-Gazette’s story landed just as the House was passing Murphy’s cosponsored bill, which makes it illegal to undergo an abortion after 20 weeks with the exceptions of rape, incest, and threats to a mother’s life. Murphy has received an endorsement from LifePAC, once received an award from the Family Research Council, and is a member of the House Pro-Life Caucus.

The eight-term congressman is expected to face challenges within his own district, including from a former Pennsylvania teachers’ union president who decided to run after Murphy voted in favor of a Republican health care overhaul bill.