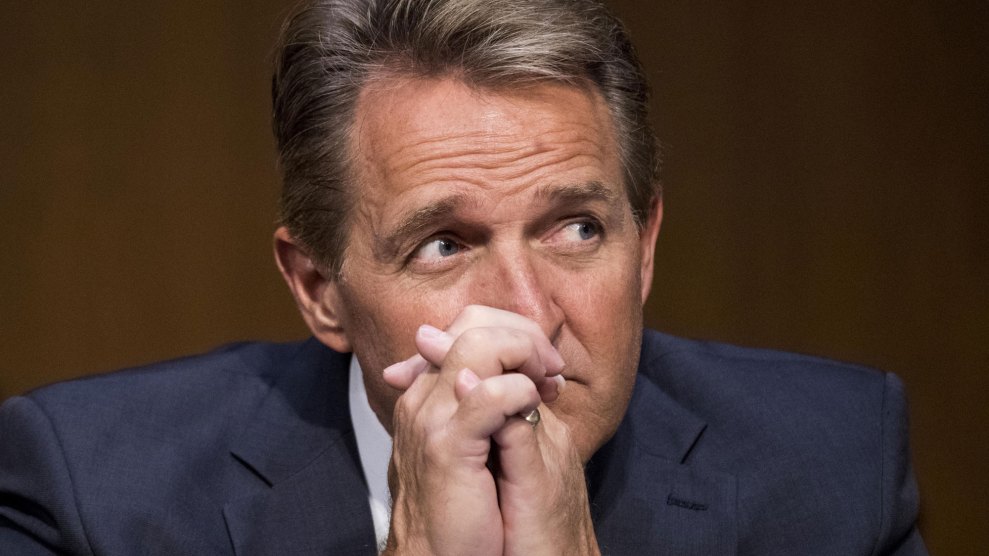 Arizona Republican Sen. Jeff Flake, a vocal intra-party critic of President Donald Trump, announced he will not seek reelection in 2018. Flake told the Arizona Republic, which broke the news of the announcement, that he he had concluded that “there may not be a place for a Republican like me in the current Republican climate or the current Republican Party.” The first-term senator’s decision follows on the heels of Tennessee Republican Sen. Bob Corker’s announcement earlier this month that he’ll retire at the end of his term rather than run for reelection in 2018.

Flake’s exit from the race is likely to set off a frenzy in the contest for his seat. Before he dropped out, Flake was already facing one serious conservative challenger: Kelli Ward, a former state senator who took 40 percent of the vote against Sen. John McCain in the 2016 Republican primary. Ward had picked up support from conservatives such as Fox News hosts Sean Hannity and Laura Ingraham. Trump has praised her candidacy, while stopping short of an outright endorsement. But Ward’s habit of courting the far-right fringe—she’s praised Sandy Hook Truther Alex Jones, held a hearing on chemtrails, and traveled to Nevada to support Cliven Bundy—and her reputation as a political, er, flake had left other Arizona Republicans searching for an alternative. When Trump came to Arizona for a rally over the summer, he made a point to meet with possible non-Ward alternatives backstage. Now, with Flake out of the picture, it may be a free-for-all.

It will also widen the window of opportunity for Democrats, who have not won a statewide election in Arizona since 2006. The party may have been salivating at the possibility of facing Ward, but getting Flake—a youngish, well-respected pro-immigration incumbent—out of the picture and competing for an open seat instead is a tradeoff its leaders would take, in a state where Trump under-performed McCain last year by 10 points. Democrats have already lined up their top choice for the race, Rep. Kyrsten Sinema, who entered the contest in September.