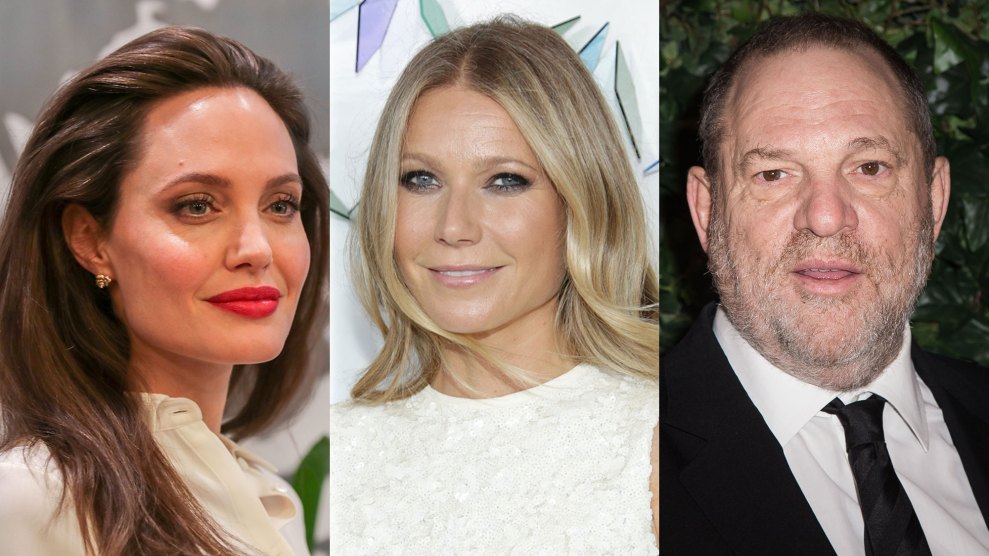 Both Gwyneth Paltrow and Angelina Jolie have now come forward in accusing Harvey Weinstein of sexual harassment, adding to a litany of explosive allegations against the Hollywood producer that have come to light in the previous week.

Paltrow says Weinstein sexually harassed her before her first shoot for 1996’s Emma, inviting her to his hotel room, touching her, and suggesting that she head to his bedroom for a massage. “I was a kid, I was signed up, I was petrified,” she told the New York Times in an interview. She refused his advances, but said that Weinstein later called her and screamed at her. “It was brutal,” she said.

Angelina Jolie also told the Times that she had had a “bad experience” with Weinstein during the release of Playing by Heart in the late ’90s and afterward, she wrote in an email, she “chose never to work with him again and warn others when they did.”

“This behavior towards women in any field, any country is unacceptable,” Jolie added.

Last week, the New York Times published an exposé on Weinstein that revealed decades of sexual harassment allegations and a repeated pattern of Weinstein threatening and paying off his accusers in deals that legally silenced them. The New Yorker today also detailed further harassment claims, including three rape allegations, in a blockbuster story from Ronan Farrow.

Weinstein’s spokeswoman, Sallie Hofmeister, denied any allegations of non-consensual sex in a statement on Tuesday: “Mr. Weinstein has further confirmed that there were never any acts of retaliation against any women for refusing his advances.” She said he would not be available for comments.

On Sunday, Weinstein was fired from his company. A third of his all-male board has also resigned.