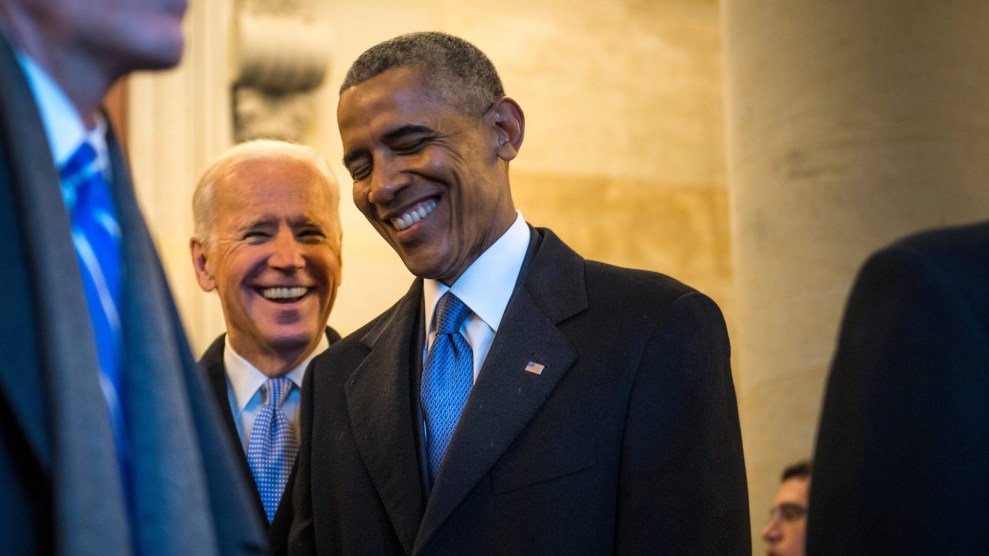 Next year, students at a predominantly black magnet school in Jackson, Mississippi, will no longer enter a building named after Confederate President Jefferson Davis. Instead, they’ll attend one named after America’s first black commander-in-chief: Barack Obama.

On Tuesday night, Janelle Jefferson, president of the Davis Magnet IB School parent-teacher association, informed members of the Jackson school board of the PTA’s vote to change the school’s name to Barack Obama Magnet IB. “Jefferson Davis, although infamous in his own right, would probably not be too happy about a diverse school promoting the education of the very individuals he fought to keep enslaved being named after him,” Jefferson told the board, according to the Jackson Clarion-Ledger.

Under threat of a state takeover after an audit found violations of accreditation standards, Jackson’s school board handed the responsibility of renaming schools over to PTA groups in September. It’s unclear whether the groups will rename George Elementary and Lee Elementary, both of which are named after Confederate leaders.

The Jackson school would be the 22nd one named after the 44th president, spread across 12 states. By comparison, George W. Bush has two schools named after him, in California and Texas.

More than 90 percent of the students at schools named after Obama are black or Hispanic, according to an analysis of Department of Education data by Education Week. Roughly 3 percent are white. Education Week also found that nearly 60 percent of students at schools named for Obama qualified for free or reduced lunch. (Davis Magnet IB School is 98 percent black as of the 2016-2017 school year, mirroring the Jackson district’s overall enrollment.)

Here are the schools named after Barack Obama, as well as two named for Michelle Obama and one for the couple: