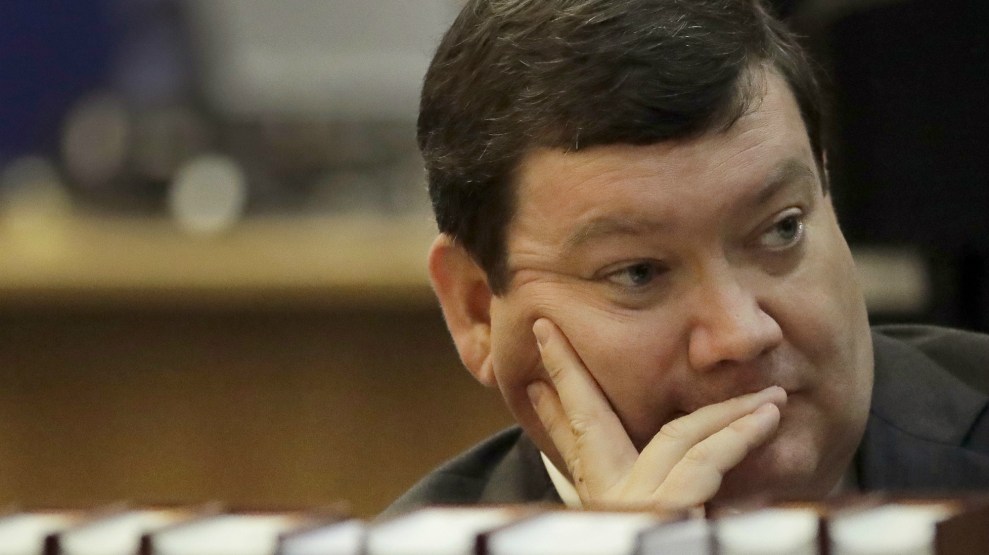 When Donald Trump recently announced his sixth wave of US attorney nominees, many noticed that of the 42 people nominated so far, only one is a woman, sparking a new wave of criticism and controversy for an administration that should be pretty used to both at this point.

But looking a little closer at Trump’s nominees reveals some figures who have stirred up controversies of their own. High on that list is Stephen McAllister, the Kansas solicitor general who made headlines last fall when he tried to defend an anti-abortion law in his state by approvingly citing Dred Scott v. Sandford, a Supreme Court ruling that argued black people could not be citizens of the United States.

Was picking through latest round of Trump U.S. Attorney nominees. This about Stephen McAllister, nominee for Kansas, from @KansasCityStar pic.twitter.com/fV4CZpX1Zn

McAllister‘s odd argument appeared when he attempted to defend a state law that banned a commonly used second-trimester abortion procedure after the ban was blocked in state court. When the state appealed, a split Kansas Court of Appeals didn’t reverse the decision, instead ruling in 2016 that the state constitution protected a woman’s right to an abortion.

McAllister disagreed, arguing in a legal brief that the Declaration of Independence was not a legal document and was therefore not germaine to the discussion. As Mother Jones explained last year:

[McAllister] argued that the language of the Declaration of Independence is legally irrelevant, as “[c]ourts across the country have recognized that ‘[t]he Declaration of Independence is a statement of ideals, not law.’” To drive this point home, McAllister cited a number of cases, including the aforementioned Dred Scott, a controversial 1857 Supreme Court decision in which Chief Justice Roger Taney argued, in his infamous majority opinion, that African Americans were not afforded protection under the Constitution. The Declaration of Independence did assert all men were equal under the law, he allowed, but the “general words used in that memorable instrument” did not apply to people “of African descent” because slavery was a common practice when the declaration was introduced.

McAllister probably included Dred Scott in his list of examples not for its justification of slavery, but because it supports his argument that the Declaration of Independence isn’t a legal document and should therefore not be used in a court of law. But there’s just one problem: Dred Scott is widely regarded as one of the Supreme Court’s biggest mistakes. And, in an added ironic twist, the Scott decision was overturned by the 14th Amendment, the very Constitutional protection McAllister is trying to dodge.

McAllister was heavily criticized in legal circles for making that argument, and Kansas Attorney General Derek Schmidt withdrew the brief shortly after news outlets spotted the questionable citation. The state’s appeal to the Kansas Supreme Court was heard earlier this year, but it is unclear when a decision will be reached.

It appears the controversy didn’t do too much damage to McAllister’s reputation. His name has been in the mix for a possible US attorney position ever since Trump unceremoniously fired nearly all of the Obama-era US attorney appointees earlier this year.