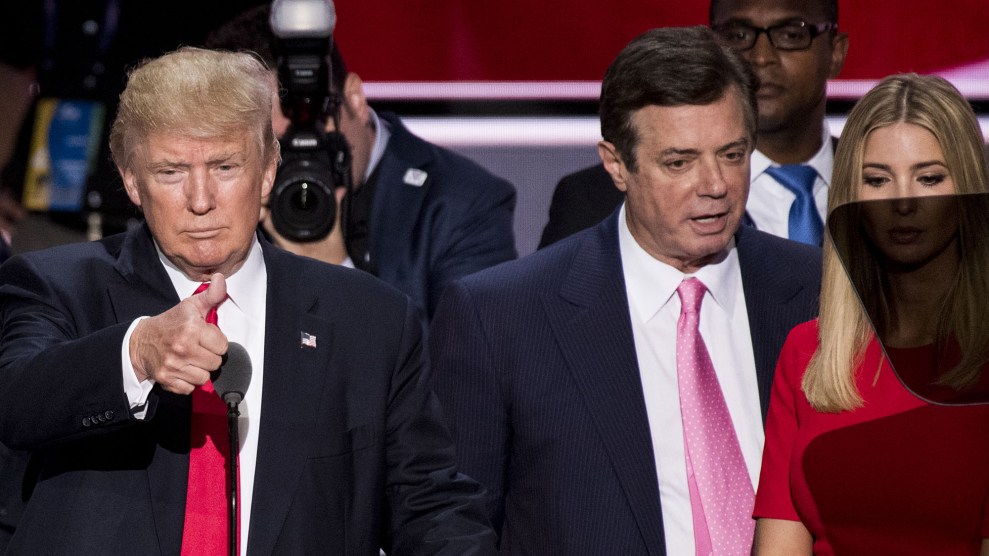 A pair of news reports dropped Monday evening that indicate that the investigation into Donald Trump’s former campaign chairman Paul Manafort might be reaching a boiling point, with CNN reporting that Manafort was subject to government wiretapping before and after the presidential campaign, and the New York Times reporting that Manafort has been directly told by government investigators that he should expect to be indicted.

The CNN story details how a secret court order authorized spying on Manafort’s phone conversations back in 2014. That warrant expired by the time Manafort took over as the campaign chairman, but was restarted again last year as “part of the FBI’s efforts to investigate ties between Trump campaign associates and suspected Russian operatives.” CNN reports that records collected, which have been turned over to special counsel Robert Mueller, could include conversations with President Trump:

The government snooping continued into early this year, including a period when Manafort was known to talk to President Donald Trump.

Some of the intelligence collected includes communications that sparked concerns among investigators that Manafort had encouraged the Russians to help with the campaign, according to three sources familiar with the investigation. Two of these sources, however, cautioned that the evidence is not conclusive.

Meanwhile, the Times reports that Mueller has pursued aggressive tactics against Manafort, including sending agents to pick the lock to Manafort’s home to execute a warrant. The Times notes:

To get the warrant, Mr. Mueller’s team had to show probable cause that Mr. Manafort’s home contained evidence of a crime. To be allowed to pick the lock and enter the home unannounced, prosecutors had to persuade a federal judge that Mr. Manafort was likely to destroy evidence.