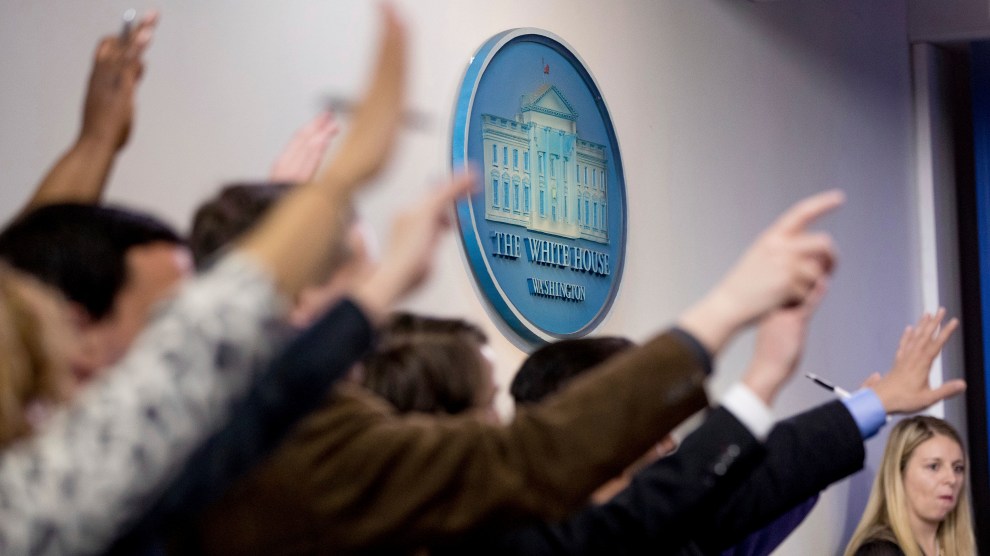 The signs started popping up on the margins of social media as far back as 2010: Like-minded conspiracy theories spread by far-right sites like InfoWars and Russian government-controlled media like RT. Tweets that accused mainstream media organizations of reporting “fake news.” And later, social media networks that appeared to follow both white nationalist and Wikileaks-related accounts.

Initially, University of Washington professor and researcher Kate Starbird was studying how rumors spread on social media after disasters; they typically began with high volume after a crisis and then dissipated as news reports confirmed what happened. Then, in 2013, sorting through data after the Boston Marathon bombings, Starbird and her students noticed another kind of rumor—a kind that gained traction and volume over a longer period of time, in spite of facts confirmed in news reports. These longer-lasting rumors often intersected with politicized content. In the sustained chatter about the Boston terrorist attack, they noticed Twitter accounts pushing an alternative narrative, a conspiracy theory that Navy SEALS had bombed the race, not the Tsarnaev brothers.

Starbird mostly dismissed these kinds of alternative narratives as outliers, a conclusion she would later regret. Then came 2016, when hyper-politicized disinformation that spread in the aftermath of mass shootings and the Paris terrorist attacks was impossible to ignore. She and her team were compelled to dig deeper into the data. And as the “fake news” language of far-right and Russian media conspiracy theorists was embraced by Donald Trump and his presidential campaign, Starbird realized the phenomenon was going mainstream.

“When it’s coming out of the mouths of people in power,” she says, “it’s no longer marginal.”

As information warfare on social media has continued to escalate in the Trump era, Starbird’s latest research points to some disturbing trends:

Fear-mongering Russian propaganda: Even as far back as 2010, there was evidence of disinformation efforts: around the Deepwater Horizon oil spill. Ominous tweets—such as “@blackgoldnews: #oilspill #bp Warning* Russian Scientists :Sea Floor Fractured Beyond Repair”—linked to articles that cited Russian scientists or government sources, and may have been designed to sow chaos. “I think we have evidence that some of these flows did affect how people experienced that event,” Starbird wrote in a Medium post in 2016, “they confused people, they scared people.” As Mother Jones has reported, during the campaign Trump and his associates ran with Russian-planted stories that appealed to chaos and fears rather than facts.

Prolific spheres of disinformation: The most-cited sources among the many thousands of tweets Starbird’s team tracked included a mix of conspiracy and far-right sites like InfoWars, BeforeItsNews, 21stCenturyWire and VeteransToday, along with Russian government-supported sites like RT and Sputnik. Some of them connect directly to each other: Since 2013, VeteransToday has had a partnership to publish content from the New Eastern Outlook, a journal produced by the Russian government’s Russian Academy of Sciences. And the founder of 21stCenturyWire is also an editor for InfoWars and an analyst for RT.

Government-backed propaganda: In data from 2014, Starbird’s team recognized a pattern after Malaysia Airlines Flight MH17 was shot down over Ukraine: Far-right and Russian-linked Twitter accounts actively disputed Western media reports that the airliner was shot down by Russian-allied separatist fighters. Other government media, like Iran’s PressTV, also frequently show up in Starbird’s data.

A surge in anti-globalism: Starbird tracked connections between Twitter accounts that shared a significant percentage of followers—including those that appeared to be associated with the “hacktivist” group Anonymous, WikiLeaks, white supremacists, and Donald Trump supporters—and observed that the traditional US political spectrum of left/liberal and right/conservative was disrupted in this evolving social-media landscape. Much of the political messaging falls under the rubric of “anti-globalist”—anti-mainstream media, anti-corporatism, anti-immigration, anti-European Union, and anti-Semitic. At the February 2017 Conservative Political Action Conference, then-White House chief strategist Steve Bannon articulated the battle lines as he attacked the mainstream US media: “They’re corporatist, globalist media that are adamantly opposed to an economic nationalist agenda like Donald Trump has.”

Botnets amplifying the message: Analysis of tweets collected after the 2015 Umpqua Community College mass shooting and Paris attacks revealed networks of botnets amplifying conspiracy theories on Twitter, or what Starbird refers to as “computational propaganda.” These networks played a significant role in spreading politicized disinformation, pumping out dozens of tweets from hundreds of accounts. Starbird’s team also found these botnets were effective at bringing real people’s accounts into the network of propaganda. (In a separate research effort, this summer the Alliance for Securing Democracy’s Hamilton 68 dashboard started tracking bots that are part of a network of 600 Russian-influencer Twitter accounts. As Mother Jones reported recently, the dashboard has documented sustained social-media attacks, including a campaign against National Security Adviser Gen. H.R. McMaster, who some of the president’s far-right supporters have called a “globalist tool.”)

It has been something of a race to catch up to the rising propaganda wars of the Trump era. “Three years ago, our lab decided these conspiracy theories were too marginal and salacious to be the focus of our research,” Starbird wrote earlier this year. “Almost that it was beneath our dignity to pay attention to and promote this kind of content. What a terrible mistake that was.”

Starbird doesn’t directly compare her findings with disinformation strategies like the “Firehose of Falsehoods” and “whataboutism” techniques that are historically found in Russian propaganda—and have often been echoed by Trump, as Mother Jones has reported. But she notes that most propaganda seeks to undermine credibility in institutions: “The overall political goal of disinformation is to confuse and to erode your trust in information altogether,” she says. “By attacking NGOS, government, the media—what’s left?”

Starbird’s team is continuing to dig deeper into the information wars, including tracking disinformation targeted at organizations responding to humanitarian crises around the world. She and her team aspire to develop tools to help journalists and others more clearly filter social-media content. “The problem to solve is, how do we become more aware, but find ways to restore our trust in information?” she asks. “If we get to a point where we don’t trust anything, we’re in trouble.”