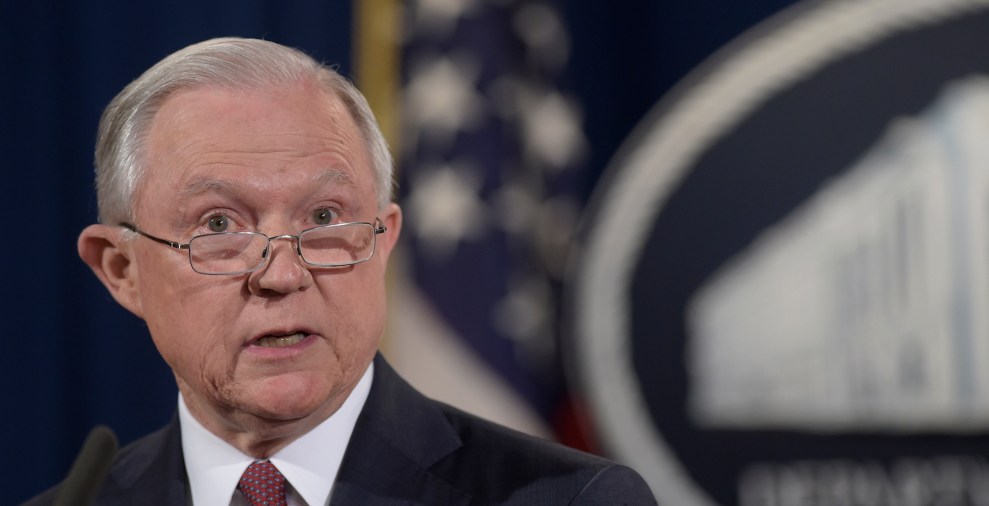 Sessions announced in July that the Justice Department would no longer give a type of federal public safety grant to jurisdictions that withhold information about crime suspects from Immigration and Customs Enforcement officers. Several weeks later, the city of Chicago sued Sessions, arguing that the new policy violated both the Constitution and federal law.

In today’s 41-page injunction, US District Judge Harry Leinenweber found that Sessions had likely overstepped his authority in imposing the new rules.

The ruling has the power to impact at least seven cities and counties, as well as the state of California, that have defied the Justice Departments’ new rules. Philadelphia, San Francisco, and California have filed suits similar to Chicago’s.

The Associated Press has more details on the ruling:

He said the city had shown a “likelihood of success” in arguing that Sessions exceeded his authority with the new conditions. Among them are requirements that cities notify immigration agents when someone in the country illegally is about to be released from local jails and to allow agents access to the jails.

The city had asked the judge for a “nationwide” temporary injunction this week, asking the judge not to allow the Justice Department to impose the requirements until the city’s lawsuit against the department plays out in court.

City officials have said such a ruling would prevent the Justice Department from withholding what are called Edward Byrne Memorial Justice Assistance Grants to the cities based on their refusal to take the steps Sessions ordered.

Leinenweber also wrote that the city of Chicago’s immigrant communities could suffer “irreparable harm” if it followed the Trump administration’s policies on complying with ICE. “Once such trust is lost, it cannot be repaired through an award of money damages, making it the type of harm that is especially hard to rectify,” Leinenweber writes. According to the city’s attorneys, more than 30 other jurisdictions across the country, with $35 million in grants at stake, have filed briefs supporting Chicago’s lawsuit.

The ruling is a second major blow to Republicans’ fight against sanctuary cities in recent weeks. Recently, a federal judge temporarily blocked key provisions of a Texas law banning sanctuary cities by forcing local police to cooperate with ICE.