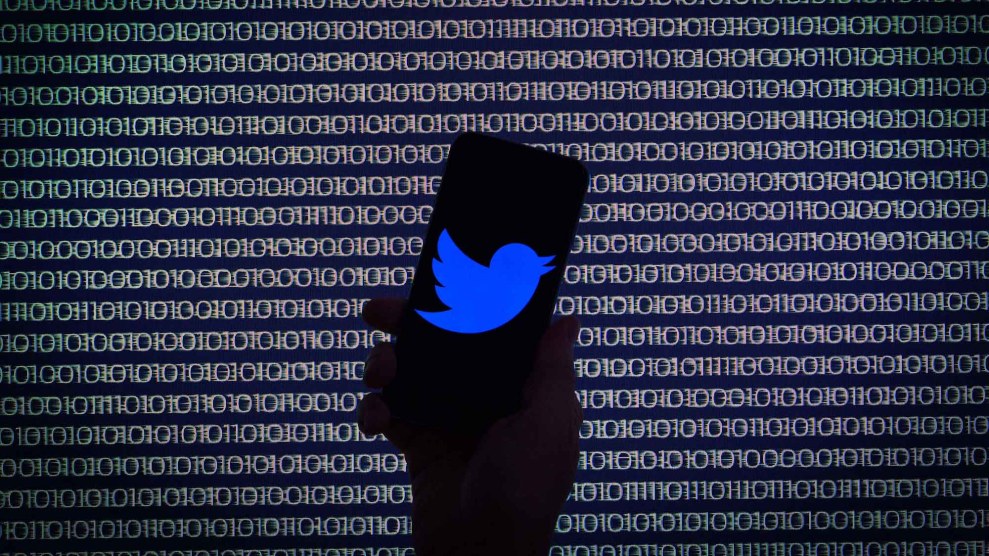 Facebook was raked over the coals last week. First, reports surfaced that fake Russian accounts made six-figure ad buys to push election-related propaganda. Then came a ProPublica report detailing how its advertising platform allowed buyers to target “Jew Haters” and phony accounts organizing real-life anti-immigration protests.  The revelations had both the Democrat and Republican leaders of the Senate Select Committee on Intelligence saying they intend to ask Facebook representatives to come before the committee and discuss the matter as part of its ongoing investigation of the Russian meddling campaign.

But Facebook is not the only social media company that has attracted the attention of Congress. Twitter will also be called upon to explain its role in the 2016 Russian meddling campaign.

“Now that we’ve opened up this avenue of social media, it’s of great interest for us to get a full accounting from everyone…if, in fact, foreign money found its way in to finance any of the efforts on social media.”

“Now that we’ve opened up this avenue of social media, it’s of great interest for us to get a full accounting from everyone who operates in the space, if, in fact, foreign money found its way in to finance any of the efforts on social media,” Sen. Richard Burr (R-N.C.), the committee chair, told the Wall Street Journal last week.

The most serious issue for Twitter is that its platform is perfectly suited for anonymous propaganda campaigns. It’s long been known that people can create so-called Twitter bot armies that can be automated to push a particular message, spread disinformation, or boost an existing message in an effort to increase its reach. During testimony to the Senate Select Committee on Intelligence in March, experts described how Twitter became one of the key facilitators of the Russian operation. During the testimony, Thomas Rid, a cyber security expert, told the committee that Twitter was one of several “unwitting agents” in the Russian operation due to the “fully automated bots as well as semi-automated spam and trolling accounts [that] make up a sizeable part of Twitter’s active user base.”

Clint Watts, a former FBI agent who has tracked the Russian influence campaign, told the New York Times earlier this month that Facebook appears to have made some efforts to address concerns about foreign actors using it as a launching pad for disinformation campaigns, but Twitter hasn’t. “Bots have only spread since the election,” he said. USA Today reported last week that social media is a “red-hot” focus of special counsel Robert Mueller’s probe into possible ties between associates of President Trump and Russian election meddling.

In a blog posted to the company’s website in June, Colin Crowell, Twitter’s vice president of public policy, government & philanthropy, defended Twitter, describing it as a platform that combatted the spread of disinformation and cautioned against efforts to suppress speech.

“Twitter’s open and real-time nature is a powerful antidote to the spreading of all types of false information,” Crowell wrote in the post. “This is important because we cannot distinguish whether every single Tweet from every person is truthful or not. We, as a company, should not be the arbiter of truth. Journalists, experts and engaged citizens Tweet side-by-side correcting and challenging public discourse in seconds.”

Crowell also drew a distinction between good bots and bad bots. “While bots can be a positive and vital tool, from customer support to public safety,” he wrote, “we strictly prohibit the use of bots and other networks of manipulation to undermine the core functionality of our service.” That said, Crowell noted that Twitter was investing in people and resources to target and shut down users trying to initiate malicious bot activity. He also took a swipe at researchers who have tried to study bots. The company’s work to conduct such activity is done in private, he asserted, therefore “research conducted by third parties about the impact of bots on Twitter is often inaccurate and methodologically flawed.”

A study released in November 2016 by a two professors at the University of Southern California argued that millions of tweets attacking and in support of both presidential candidates were likely posted by bots prior to the election. Watts, Rid, and other experts suggest that at least some of the bot activity is the work of Russian propagandists. When it’s Twitter’s turn to face a Congressional committee, one committee source said the focus is likely to be more on the bot issue than ads, as in the case of Facebook.

The committee’s ranking Democrat hinted that the committee has a lot of questions.