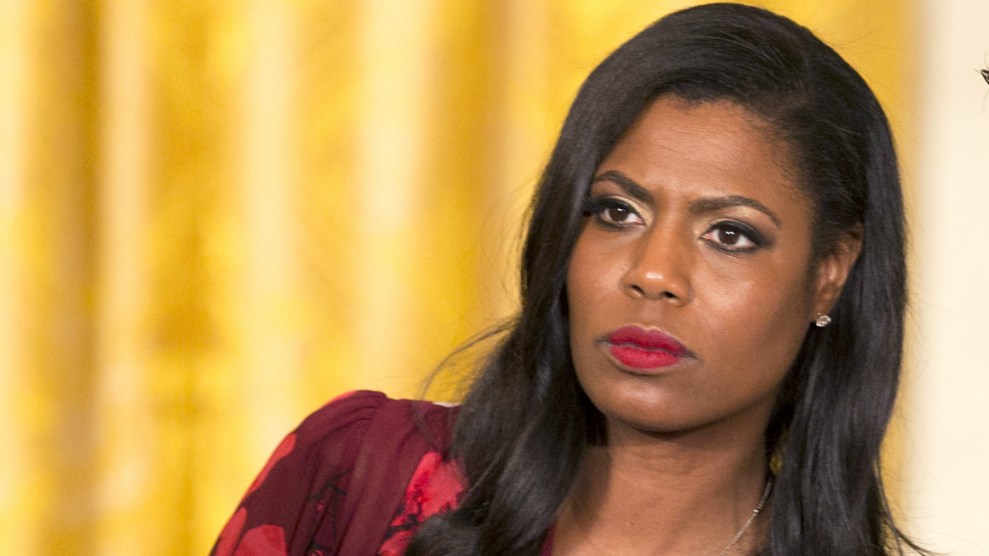 Hundreds of black journalists from around the country gathered in a ballroom at a hotel in New Orleans on Friday to attend a panel about race and policing. But the panel devolved after Manigault, director of communications for the White House Office of Public Liaison, joined the discussion.

The panel, titled “Black and Blue: Raising Our Sons, Protecting Our Communities,” included Valerie Castile, the mother of Philando Castile who was shot during a traffic stop in Minneapolis suburb in July 2016; Sandra Sterling, the aunt of Alton Sterling who was killed during an altercation with police in Baton Rouge, Louisiana that same month; a retired police sergeant; and journalists who have covered police violence. Castile and Sterling spoke about their grief after losing relatives to police violence. But the discussion took on a different tone after Manigault joined the conversation. It began innocuously enough—Manigault spoke about the brother and father she lost to gun violence, similar to Castile and Sterling, whose relatives were killed by police.  But when moderator Ed Gordon, a Bounce TV host, asked about a speech President Donald Trump gave recently to police officers in New York in which he encouraged officers to use force against suspects, Manigault deflected.  Gordon also asked for her opinion on policies enacted at the Department of Justice by Attorney General Jeff Sessions that would roll back federal oversight of local police departments, and about any conversations she has had with the president regarding issues of concern to the black community.

Manigault said that Trump’s comments were not acceptable, but when pressed further about their discussions, she said that she would not “disclose confidential conversations with the president of the United States.”

Manigault then accused Gordon of being aggressive, saying that if Gordon and others in the audience had issues with the Trump administration, they should raise them with Trump. She argued that Glover had invited her to talk about her personal experience with gun violence and that he was being dismissive.

“I fight on the front lines every day,” Manigault said, rejecting the accusation that she is not an advocate for African Americans issues in the White House.

Video of heated exchange between Ed Gordon and Omarosa at #nabj17. Discussion was meant to talk about police brutality. pic.twitter.com/P5CbTQIpFh

Several women in the audience, including writer Jamilah Lemieux and Black Lives Matter activist Brittany Packnett, turned their backs to Omarosa after several minutes. Others joined as the confrontation continued.

Attendees are standing and turning their backs to Omarosa Manigault's #NABJ17 panel participation. Others are walking out. pic.twitter.com/5nlB62HZ88

Manigault was not originally scheduled to be on the panel. She was invited to join the day prior by NABJ President Sarah Glover. Following the announcement that she would be joining, New Yorker columnist Jelani Cobb, who covers police violence, resigned from the panel, as did New York Times Magazine writer Nikole Hannah-Jones, who was initially scheduled to moderate the conversation.

After the commotion settled down, Manigault called for Glover to explain her invitation to the audience. Glover said that it was tradition for NABJ to invite representatives of the current administration to speak at the annual conference and that Manigualt was the only one who accepted the invitation. During Glover’s comments, Manigault walked off stage and the panel concluded shortly thereafter.

During the 2016 presidential campaign season, Trump was invited to speak at NABJ’s conference in Washington, D.C. He declined then as well.