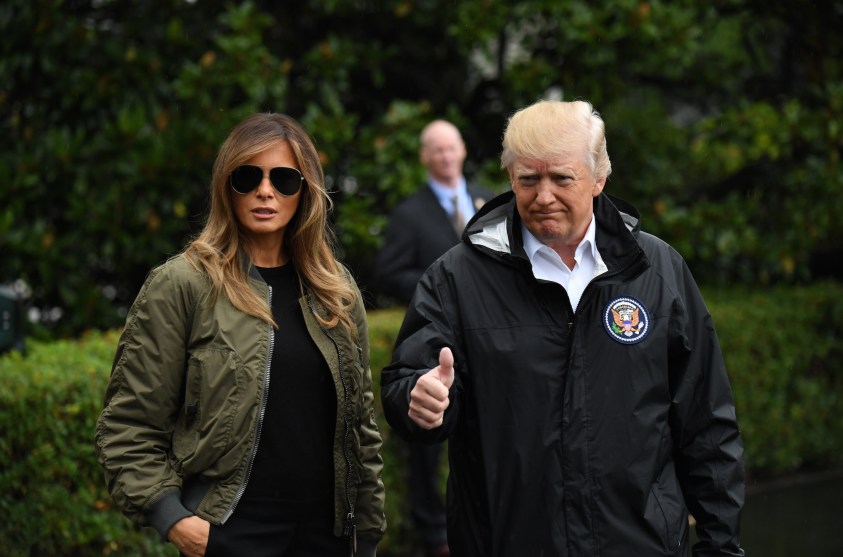 President Donald Trump arrived in Corpus Christi, Texas, on Tuesday, where he met with emergency responders to discuss Hurricane Harvey relief efforts, and extend his support to Gov. Greg Abbott amid the storm’s devastation.

But it’s perhaps what Trump failed to leave behind in Washington that’s been attracting the most attention today: his signature bravado, exaggeration, and self-congratulation.

During his brief visit on Tuesday, Trump repeatedly relied on superlatives to describe his administration’s response to the storm, labeling it “better than ever.” At one point, he commended FEMA administrator Brock Long for “becoming very famous on television” over the past several days.

President Trump on Hurricane Harvey relief efforts in Texas: "We want to do it better than ever before” https://t.co/ug5sDWLyw2

Despite the dire backdrop, the president appeared to relish his visit, boasting about the size of the crowd that gathered during his tour. One moment in particular recalled the tone of a Trump political rally: “Thank you everybody, I just want to say we love you, you are special, we’re here to take care,” he said, atop a firetruck. “I want to thank you for coming out. We’re gonna get you back and operating immediately, thank you everybody.”

He added: “What a crowd, what a turnout.”

In 2012, Trump warned against viewing Barack Obama as a “real president” during Hurricane Sandy.

Not only giving out money, but Obama will be seen today standing in water and rain like he is a real President — don't fall for it.