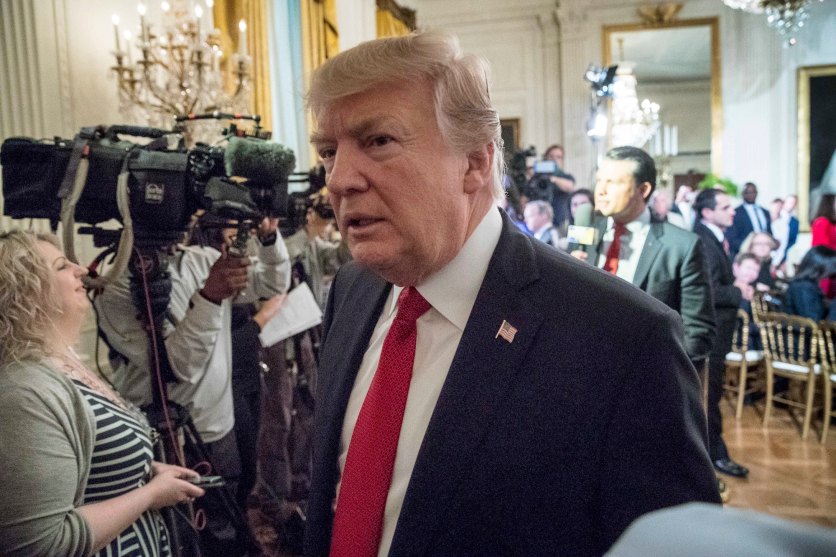 A new bombshell lawsuit filed Tuesday alleges the Trump administration encouraged Fox News to create a fake news story concerning the death of Seth Rich, the former Democratic National Convention staffer who was murdered in July 2016, in order to divert attention away from the Russia scandal. The now-retracted story, written by reporter Malia Zimmerman, had suggested Rich was in communication with Wikileaks, implying that he—not Russian hackers—was the source of DNC emails published by the site.

NPR reports the lawsuit was brought by Rod Wheeler, a former Washington DC detective and longtime paid Fox commentator, who was hired by Republican donor Ed Butowsky to investigate Rich’s murder. According to Wheeler, the network defamed him by knowingly fabricating quotes and attributing them to him in its story, which was titled “Seth Rich, slain DNC staffer, had contact with WikiLeaks, say multiple sources.”

In the suit, Wheeler charges that Butowsky ginned up the bogus story to “put to bed speculation” the Trump campaign colluded with Russia.

The lawsuit also claims President Donald Trump personally reviewed the Fox story before publication, while Sean Spicer met with Butowsky and Wheeler, who briefed the White House on the story’s progress.

Fox News told NPR the lawsuit did not contain any “concrete evidence” it had concocted the article. The White House and Butowsky did not respond to Mother Jones‘ request for a comment.

Update: Fox News responded to the allegations cited in the suit, calling them “completely erroneous.”

“The retraction of this story is still being investigated internally and we have no evidence that Rod Wheeler was misquoted by Zimmerman,” Jay Wallace, president of news at Fox News, said in a statement provided to Mother Jones. “Additionally, FOX News vehemently denies the race discrimination claims in the lawsuit—the dispute between Zimmerman and Rod Wheeler has nothing to do with race.”

You can read Wheeler’s lawsuit below: