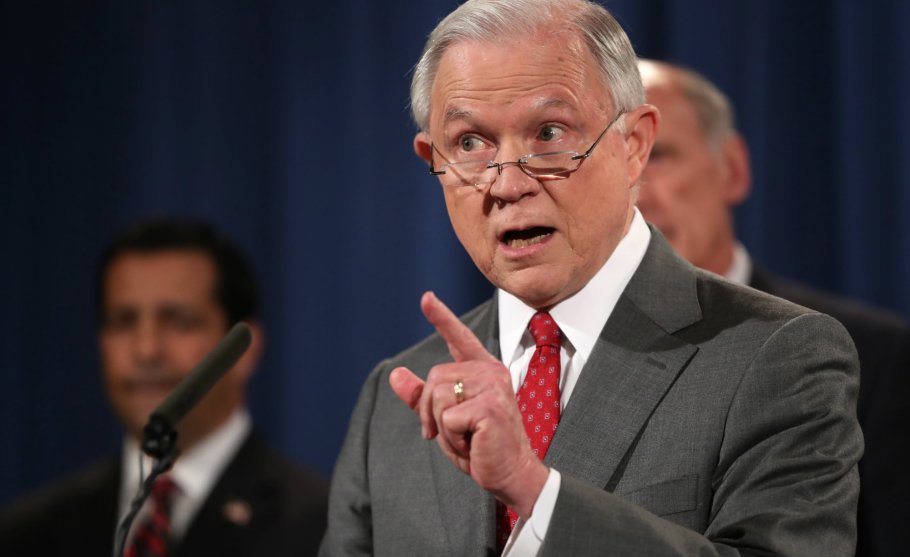 At a press conference Friday morning, Attorney General Jeff Sessions outlined the Trump administration’s plans to crackdown on leaks—including possible legal action targeting journalists. Sessions claimed that the administration has seen as many leaks of classified information in the last six months as there were in the previous three years combined and described leakers as rogue criminals “sell[ing] out the country.” In response to the leaks, he suggested the department will move to expand the use media subpoenas.

“I’ve listened to our career investigators, FBI agents…and our prosecutors about how to most successfully investigate and prosecute these matters,” Sessions said. “At their suggestion, one of the things we are doing is reviewing policies affecting media subpoenas.”

Sessions also said that the government aims to triple the number of leak investigations. “The FBI has increased resources devoted to leak cases and created a new counterintelligence unit to manage these cases,” he said. Additionally, Sessions has directed the national security division of the Department of Justice and U.S. attorneys to prioritize leak investigations.

Dan Coates, the Director of National Intelligence, joined Sessions at the press conference, saying that his office is reviewing the procedure used to issue security clearances before closing with an ominous threat for any government employee who leaks information to the press. “We will prosecute you to the fullest extent of the law and you will not be happy with the result,” he said.

Coates and Sessions left without taking any questions. As they left the podium, one reporter asked, “Do you plan to prosecute journalists?”