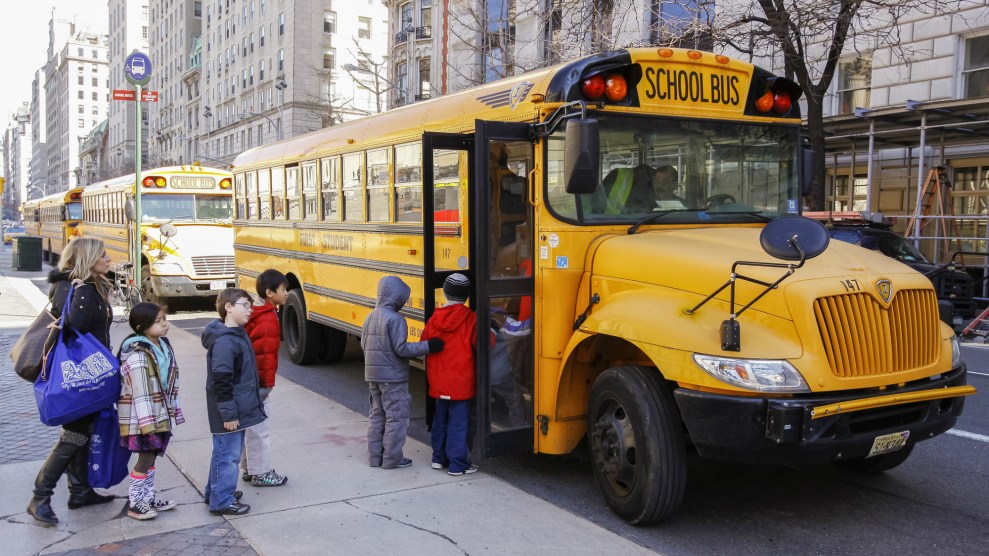 Almost 100,000 students in New York City’s public schools were homeless during the 2015-16 school year, according to a report released Wednesday by the Institute for Children, Poverty & Homelessness (ICPH). This number represents a 20 percent increase from the previous school year, and a 49 percent increase in student homelessness since the 2010-11 school year. If this trend doesn’t change, more than 1 out of 7 of New York City’s public school students will experience homelessness by the time they enter the fifth grade.

Beyond outlining these and other big-picture statistics, the report, released just a few weeks before the city’s schools are back in session on September 7, focuses on the cohort of students that were enrolled in NYC public schools for all six years of elementary school, ending in the 2015–16 school year. Over those six years, researchers explored the effects of housing instability on a student’s experience in the classroom and found that the average homeless student lived in at least two different housing situations during elementary school, often leading them to transfer schools in the middle of the year. As a result of longer commute times or instability at home, these students tended to miss more school than students with stable housing (missing almost half of a school year on average) and were at higher risk of suspension or being held back a grade.

ICPH’s definition of homelessness includes more than just those students staying in city-run emergency shelters—as the organization notes, there has been inadequate growth in the city’s family shelter capacity, leaving families and children to turn to other forms of temporary housing. In addition to students staying in city-run shelters, the aforementioned numbers also encompass students who are “doubled up,” or staying with friends or family members, as well as those staying in hotels or motels and sleeping in spaces not fit for human habitation, such as in a car, on the street, or in an abandoned building. This definition is based off of a 1987 federal law that is intended to guarantee access to adequate public education for homeless children, even if they don’t have the requisite proof of residence or other documentation.

The study’s numbers are contextualized in the report with anecdotes from New York City social workers and school administrators. “We have a really high population of students that are in temporary housing,” one Brooklyn social worker said. “I think a lot of students in temporary housing get lost in the cracks, because they are not always seen as homeless—but they are. They might not have adequate furniture or a desk where they are living. Or if Mom gets in a fight with her cousin, they could be out. It’s a lot of anxiety and stress for the kids.”

Read the rest of the study here.