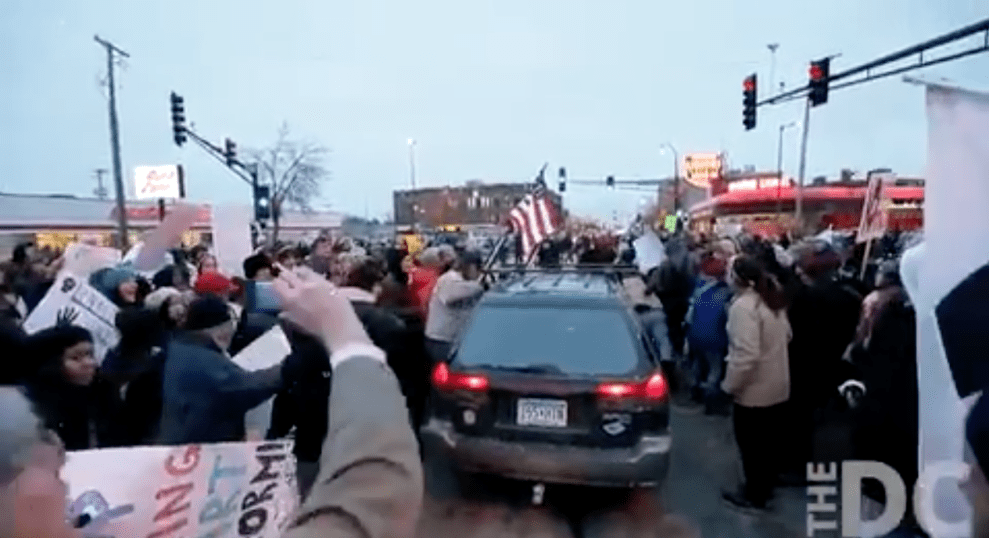 Fox News republished a video in January that appeared to celebrate cars hitting peaceful “liberal” protesters, apparently as payback for blocking streets. That video now appears to have been taken down from the Fox News website.

“The item was inappropriate and we’ve taken it down,” said Noah Kotch, Fox News Digital’s editor-in chief, in an emailed statement to Mother Jones. “We regret posting it in January.”

In the wake of the white supremacist car attack on protesters in Charlotteville, Virginia, on Saturday, Mother Jones reported on several anti-protest bills across the country that would limit motorists’ liability if they injure or even kill protesters. These laws are part of an array of anti-protest bills drafted in the wake of Black Lives Matter and anti-Trump marches.

Here’s a screenshot taken of the Fox News website earlier today, before the story became unavailable:

Here’s a compilation of liberal protesters getting pushed out of the way by cars and trucks. Study the technique; it may prove useful in the next four years.

Calls for violence against protesters have led to public repercussions. In 2016, a St. Paul, Minnesota, police officer was placed on administrative leave after allegedly telling drivers to run over Black Lives Matter protesters who planned to block traffic as part of a march on Martin Luther King Jr. Day.

Mother Jones has also reached out to The Daily Caller for comment on the video. We’ll update this post if we hear back.

This post has been updated to include a statement by Fox News.

(h/t Jon Swaine from the Guardian, who pointed out the video on Twitter.)