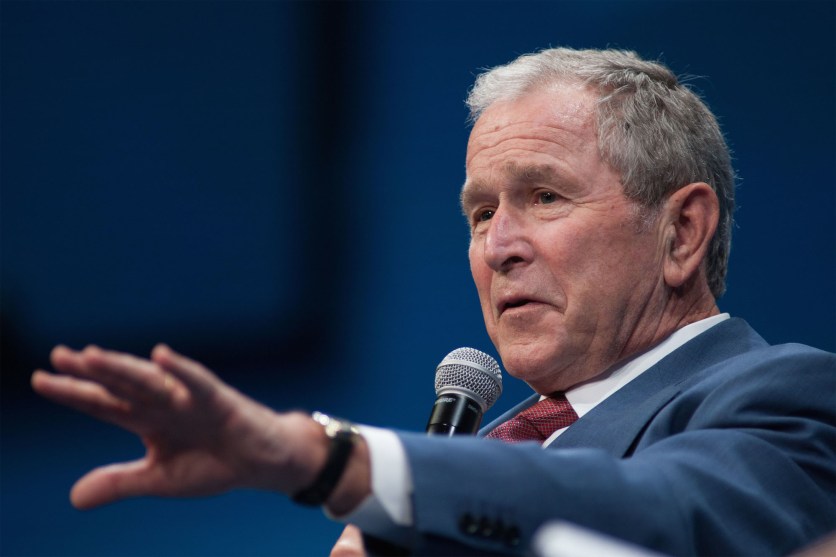 President George H.W. Bush and George W. Bush released a statement on Wednesday urging Americans to combat racism and hate groups in response to the white supremacist protests in Charlottesville, Virginia. The brief remarks from the 41st and 43rd presidents came short of denouncing President Donald Trump by name, as the White House continues to attract intense criticism over Trump’s repeated insistence that multiple sides were responsible for the violence in Charlottesville.

“America must always reject racial bigotry, anti-Semitism, and hatred in all forms,” the statement read. “As we pray for Charlottesville, we are reminded  of the fundamental truths recorded by that city’s most prominent citizen in the Declaration of Independence: we are all created equal and endowed by our Creator with unalienable rights.”

“We know these truths to be everlasting because we have seen the decency and greatness of our country.”

On Tuesday, former Florida Gov. Jeb Bush, who lost to Trump in the Republican presidential primary, went slightly farther than his father and brother with a statement directly calling on the president to heal the country after Charlottesville, rather than equivocate over who was to blame for the violence.

This is a time for moral clarity, not ambivalence. 1/3

I urge @POTUS to unite the country, not parse the assignment of blame for the events in Charlottesville. 2/3

For the sake of our country, he must leave no room for doubt that racism and hatred will not be tolerated or ignored by his White House 3/3

Since Trump’s initial muted response to Saturday’s protest, several Republican members of Congress have attempted to distance themselves from the president. His explosive press conference Tuesday made it clear that he intends to stay his course and ignore the criticism.