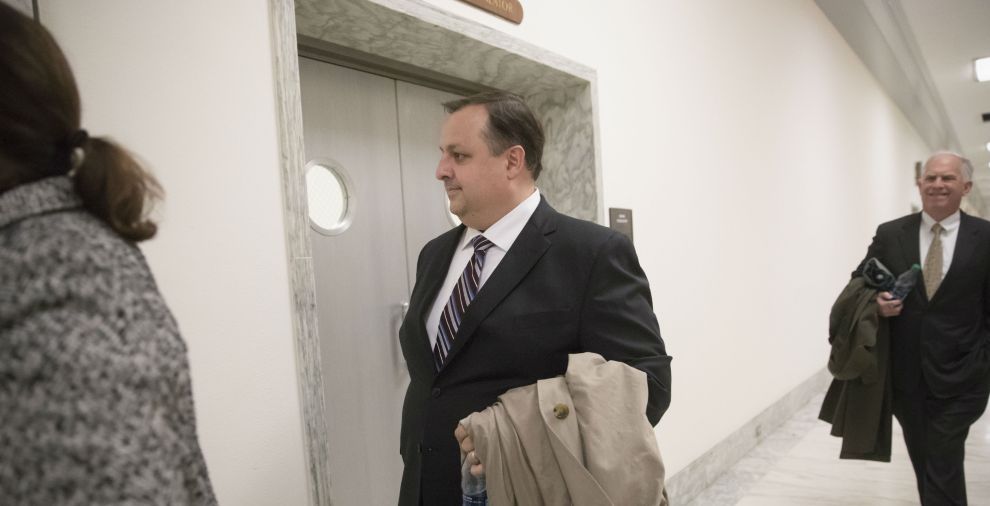 Walter Shaub, director of the nonpartisan Office of Government Ethics, was one of the few public servants willing to publicly confront President Trump and his administration. Shaub’s team used Twitter to (somewhat awkwardly) urge Trump to fully separate himself from his global business holdings. When a Trump lawyer announced a plan that fell short of that, Shaub delivered a cutting speech at the Brookings Institution that took Trump to task. He chided Kellyanne Conway, counselor to the president, for her brazen promotion of Ivanka Trump’s clothing line. His office confronted the White House over its refusal to make public ethics waivers given out to administration staffers and won the eventual release of those waivers.

But now Shaub has had enough. On Thursday afternoon, he announced his resignation, effective July 19. His five-year term was set to expire in January 2018, but he says he’s done all he can as OGE director under the Trump administration. His resignation letter gives no explanation for his early departure, but he told the Washington Post that he believed he couldn’t make more progress as OGE director. “It’s clear that there isn’t more I could accomplish,” he said. He told NPR that “the current situation has made it clear that the ethics program needs to be stronger than it is”—presumably a dig at the Trump administration’s dim view of ethics compliance. He said he wasn’t pushed out or pressured to leave the office.

Democrats and good-government groups lamented Shaub’s decision. “Today is a sad day for the government’s ethics program,” Rep. Elijah Cummings (D-Md.), ranking member on the House oversight committee, said in a statement. However, Howard Schweitzer, a former chief ethics officer under President George W. Bush, accused Shaub of politicizing OGE while engaging in self-promotion. “The now-former director clearly sought to leverage Trump to raise his own profile,” Schweitzer said in a statement sent out to reporters. “He succeeded but to the long-term detriment of the office.”

OGE is an executive branch entity that oversees the administration’s compliance with ethics laws and rules. Although it’s not an independent agency like the Federal Election Commission and doesn’t have enforcement power, the office does have the ability to sound the alarm about ethical lapses through public pronouncements and communication with members of Congress and the media.

The big questions now are: Who replaces Shaub? And what happens to OGE?

Shaub’s immediate replacement will likely be his chief of staff, a career official named Shelley Finlayson. Trump, however, has the authority to appoint a different interim director and can then appoint a new full-time director of his choosing. This won’t be the first time that OGE is asked to carry out its mission without a permanent director in place, says Don Fox, who served as acting director of OGE before Shaub’s appointment. “The OGE has a strong career staff,” Fox says, “and it has gone through extensive periods of time with a career person…as acting director.”

Fox also says OGE has some leverage over Trump’s nominees. The director’s job includes certifying ethics forms that have to be filled out by administration appointees for various government posts. If the director chooses not to certify a nominee’s ethics paperwork, then OGE can slow down the pace of the nomination process for an administration that is already struggling to fill job vacancies throughout the government.

Fox says it’s a bit of a shock to see the OGE become a potential political football. The world of lawyers who have worked on government ethics issues is fairly small, he says, and the issues handled by the office are traditionally considered fairly non-partisan. If Trump chooses a career ethics lawyer as OGE’s director, that person would likely lead the agency much the way Shaub did, Fox predicts. But if Trump opts for a more outside-the-box pick, as he’s done when filling other government positions, all bets are off.

“The disruption factor depends on how involved a brand-new political appointee is going to be in the details and the nuance,” Fox says. “If it’s someone who takes advice from the career folk, it might be OK. But frankly, I don’t have a whole lot of hope for the latter outcome.”