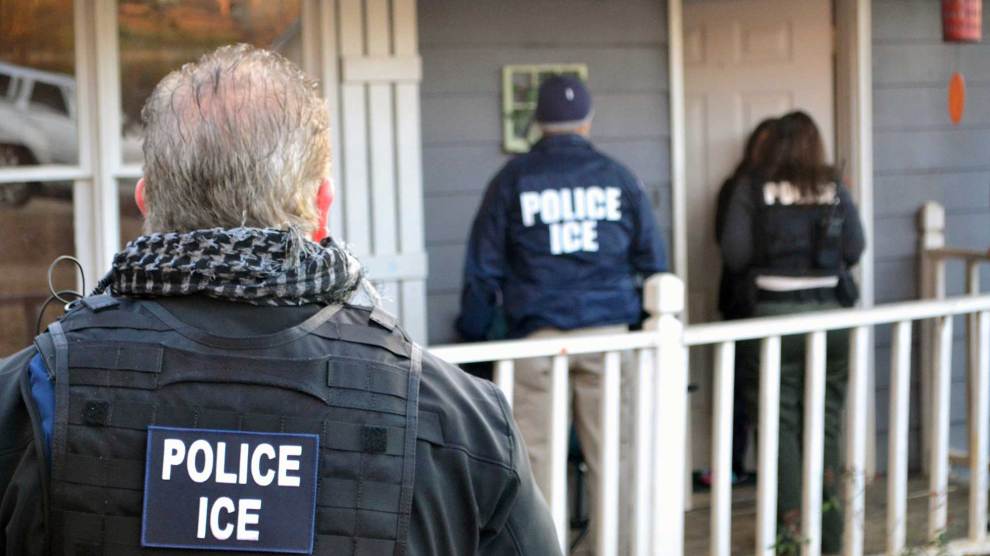 The New Yorker‘s Jonathan Blitzer has been in contact with an Immigration and Customs Enforcement agent since March in an attempt to learn what the agency is like under President Donald Trump. This week, the agent decided that he’d seen enough and had to blow the whistle:

At first, the agent spoke to me on the condition that I not publish anything about our conversations. But that has changed. Increasingly angry about the direction in which ice is moving, the agent agreed last week to let me publish some of the details of our talks, as long as I didn’t include identifying information.

The agent’s decision to allow me to write about our conversations came after learning that ice was making a push, beginning this week, to arrest young undocumented immigrants who were part of a large wave of unaccompanied minors who crossed the border in recent years and who, until now, had been allowed to live in the U.S. Rather than detaining these young people, the government had placed them in the care of families around the country. Most of them are trying to lead new lives as American transplants, going to school and working. ice now plans to pursue those who have turned eighteen since crossing the border, and who, as a result, qualify for detention as legal adults. “I don’t see the point in it,” the agent said. “The plan is to take them back into custody, and then figure it out. I don’t understand it. We’re doing it because we can, and it bothers the hell out of me.”

The policy he’s talking about was announced last month and immediately denounced by immigration advocates.

The agent went on, “The whole idea is targeting kids. I know that technically they meet the legal definition of being adults. Fine. But if they were my kids travelling in a foreign country, I wouldn’t be O.K. with this. We’re not doing what we tell people we do. If you look next month, or at the end of this month, at the people in custody, it’s people who’ve been here for years. They’re supposed to be in high school.”