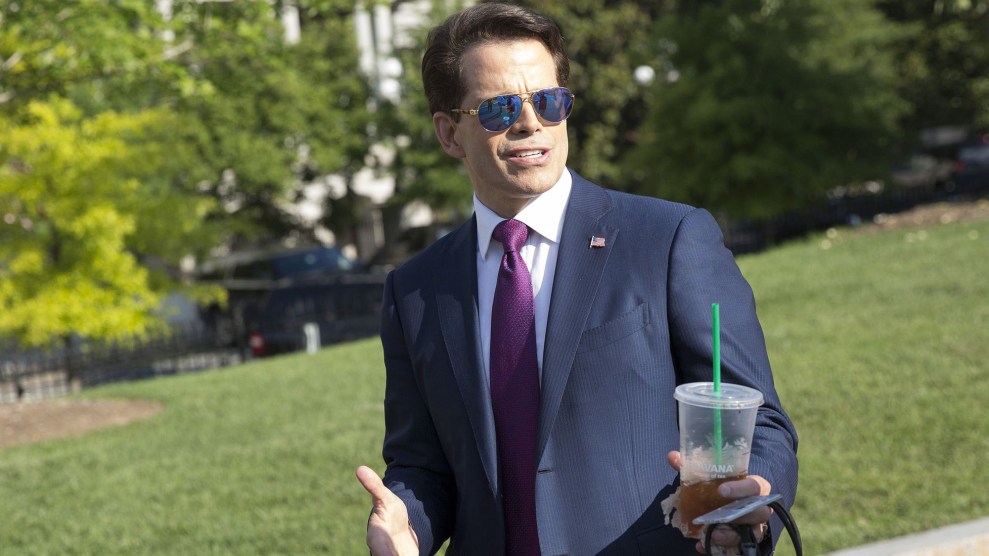 The New Yorker‘s Ryan Lizza just published an explosive, profanity-laden account of a phone call he received from the new White House communications director, Anthony Scaramucci. The call was part of Scaramucci’s increasingly public campaign against alleged leakers in the West Wing.

“Is it an assistant to the President?” he asked. I again told him I couldn’t say. “O.K., I’m going to fire every one of them, and then you haven’t protected anybody, so the entire place will be fired over the next two weeks.”

I asked him why it was so important for the dinner to be kept a secret. Surely, I said, it would become public at some point. “I’ve asked people not to leak things for a period of time and give me a honeymoon period,” he said. “They won’t do it.” He was getting more and more worked up, and he eventually convinced himself that Priebus was my source.

“They’ll all be fired by me,” he said. “I fired one guy the other day. I have three to four people I’ll fire tomorrow. I’ll get to the person who leaked that to you. Reince Priebus—if you want to leak something—he’ll be asked to resign very shortly.” The issue, he said, was that he believed Priebus had been worried about the dinner because he hadn’t been invited. “Reince is a fucking paranoid schizophrenic, a paranoiac,” Scaramucci said. He channelled Priebus as he spoke: “ ‘Oh, Bill Shine is coming in. Let me leak the fucking thing and see if I can cock-block these people the way I cock-blocked Scaramucci for six months.’ ” (Priebus did not respond to a request for comment.)

[He] also told me that, unlike other senior officials, he had no interest in media attention. “I’m not Steve Bannon, I’m not trying to suck my own cock,” he said, speaking of Trump’s chief strategist. “I’m not trying to build my own brand off the fucking strength of the President. I’m here to serve the country.” (Bannon declined to comment.)

Go read the whole thing because there is a lot more.

The White House did not immediately return an email from Mother Jones seeking comment.

I sometimes use colorful language. I will refrain in this arena but not give up the passionate fight for @realDonaldTrump's agenda. #MAGA