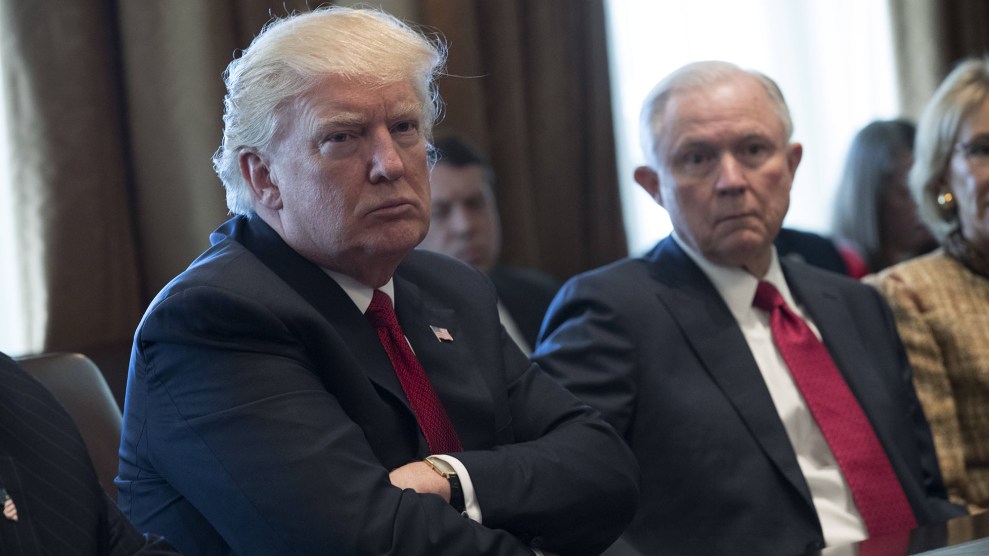 There’s a new boss at the Justice Department’s Civil Rights Division, the office at the center of politically fraught battles over enforcement of the nation’s civil rights laws, including laws that protect the right to vote. John Gore, a Republican attorney who has represented states accused of racial gerrymandering and Florida’s governor in a voter purge case, will take over the division until a permanent replacement is confirmed by the Senate, according to an NPR report Friday.

In private practice, Gore developed an expertise in redistricting cases, defending states against charges of racial gerrymandering. There are currently major cases before the courts across the country over whether states illegally used race to draw legislative districts. This fall, the Supreme Court will hear a case on the question of whether the Constitution puts a limit on political gerrymandering as well.

Gore, who joined the division in January as deputy assistant attorney general, has already played a key role in the administration’s activity on voting rights cases. According to ProPublica, Gore drafted a brief in the case over Texas’ voter ID law that announced the Trump administration’s withdrawal of key discrimination claims against the state. Several career attorneys refused to sign it.

Gore has also worked on a voter purge case, a key area of dispute between some Republican-led states and voting rights groups. Gore represented Florida’s Republican governor, Rick Scott, in a case over his administration’s attempt to purge noncitizens from the state’s voter rolls before the 2012 elections. An analysis by the Miami Herald found that Hispanics and Democrats were disproportionately likely to be on the state’s list of suspected noncitizen voters. In 2014, a federal appeals court ruled that the purge had violated a federal law that prevents systemic purging within 90 days of an election. That law, the National Voter Registration Act, has come under fire from conservative election lawyers in recent years, and voting rights advocates worry that the Trump administration will use the law to purge voter rolls instead of to block purges like Florida’s.

Gore, a former partner at Jones Day, a law firm that has contributed much of its top talent to the new administration, also represented the University of North Carolina when it was sued by the Obama administration over the state’s bathroom bill, which forced transgender individuals on government property to use the bathroom that corresponds to the gender indicated on their birth certificate.

But Gore is not expected to permanently lead the division. In June, President Donald Trump nominated Eric Dreiband, a former official in the George W. Bush administration who has defended employers against discrimination claims, to lead the division. Dreiband, who is also a partner at Jones Day, is awaiting Senate confirmation.