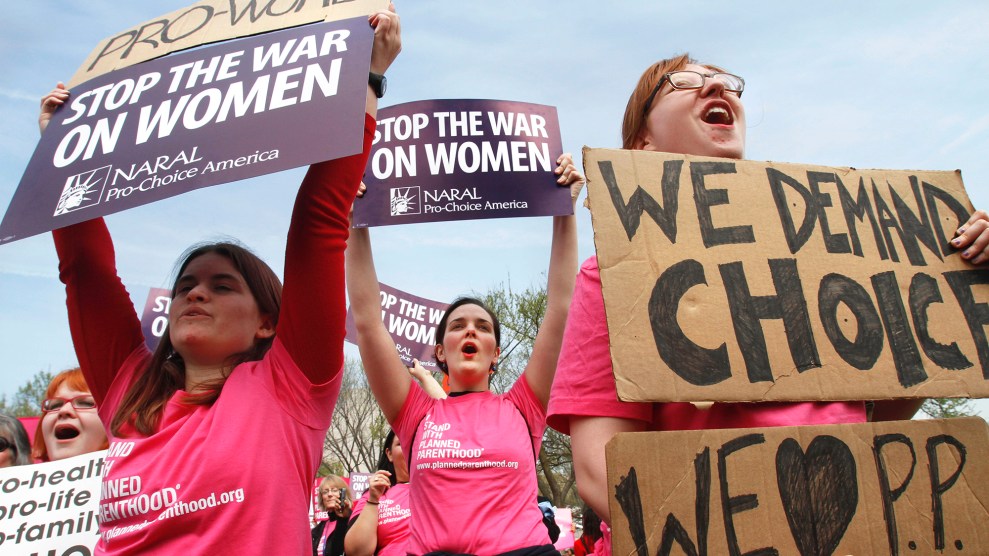 Planed Parenthood received good news late Friday afternoon: Senate Parliamentarian Elizabeth MacDonough released a determination that says certain provisions in the Republican’s latest Obamacare replacement bill, the “Better Care Reconciliation Act (BCRA),” violate the 1985 Byrd Rule. That means some of the bill’s provisions—including the one to defund Planned Parenthood for one year—cannot pass without a full 60 votes in the Senate. Republicans currently only hold 52 of the Senate’s seats.

The Byrd Rule, named after Democratic Senator Robert Byrd, states that any legislation that directly affects the federal budget by decreasing spending or increasing revenue can be passed through reconciliation, the process that Republicans are using to try and pass their latest health care law. But some of the bill’s provisions don’t appear to qualify: As my colleague Kevin Drum points out, the provision that would prohibit Planned Parenthood from receiving Medicaid funds probably “doesn’t pass muster because it doesn’t affect total spending, only where money can be spent.” “This means that, should the Senate proceed to the bill, these provisions may be struck from the legislation absent 60 votes,” the parliamentarian’s decision explains.

“Targeting Planned Parenthood because we provide abortion is an obvious violation of the Byrd Rule because the provision’s primary intent is clearly political, and the budgetary impact is ‘merely incidental’ to that purpose,” said Dana Singiser, vice president of public policy and government affairs for Planned Parenthood Federation of America.

Other casualties of the bill include the replacement to Obamacare’s individual mandate, which under the BCRA would have meant that anyone who had a lapse in coverage for more than a month and then signed up on the exchange would have had to wait six months for full coverage to take effect. The parliamentarian also stated that the measure in the BCRA to restrict federal tax credits from being used for abortion violates the Byrd Rule.

It’s possible that Republicans will try to overturn the parliamentarian’s decision, but doing so would violate decades of precedent in the Senate.