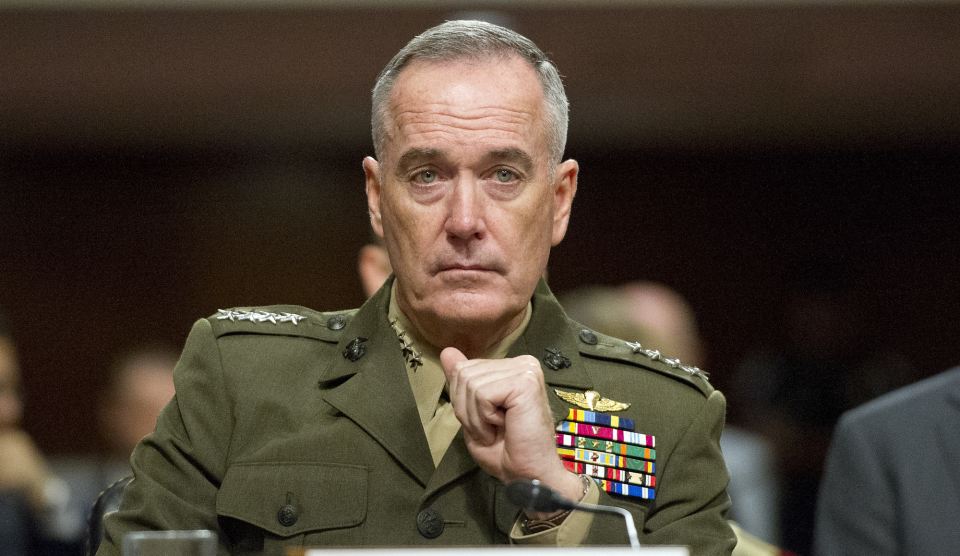 In a message to commanding military officers Thursday, the chairman of the Joint Chiefs of Staff said there will be “no modifications” in the military’s policy allowing transgender people to serve in the military until the president issues specific direction to the secretary of defense. Until then, General Joseph Dunford said, officers will continue to “treat all personnel with respect.”

“There will be no modifications to the current policy until the President’s direction has been received by the Secretary of Defense and the Secretary has issued implementation guidance,” the letter read.

The letter comes a day after President Donald Trump declared through his Twitter account that he could no longer “allow” the army to permit transgender individuals in military service in any capacity, questioning the burden of “the tremendous medical costs and disruption that transgender [soldiers] in the military would entail.” The Department of Defense was reportedly blindsided by the announcement, which reverses the Pentagon’s decision last year to lift the long-standing ban.

Trump’s tweets sparked widespread condemnation from civil rights groups and Democratic lawmakers. The president has repeatedly boasted of being a friend to the LGBT community and vowed to champion their rights.

Thank you to the LGBT community! I will fight for you while Hillary brings in more people that will threaten your freedoms and beliefs.