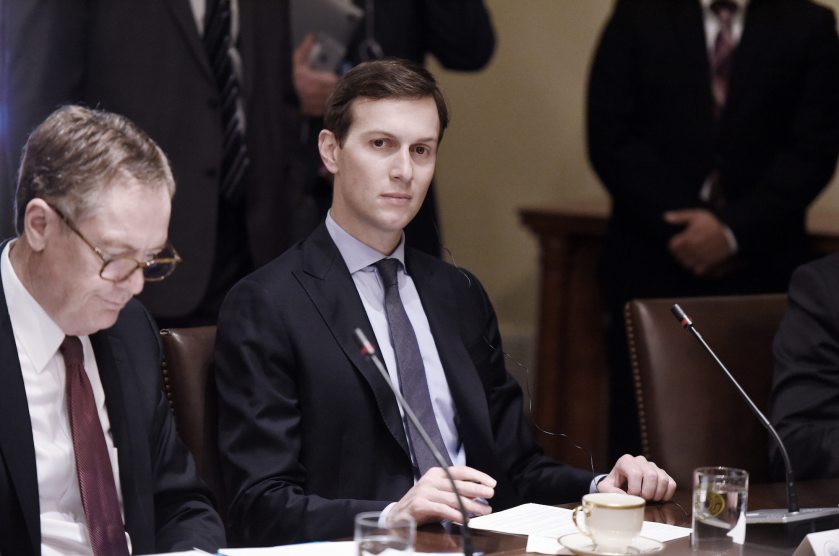 Ahead of his closed-door interview with the Senate intelligence committee Monday, Jared Kushner released a statement confirming four contacts with Russian officials during the 2016 presidential campaign, but he denied any accusations of collusion or wrongdoing.

“I had no improper contacts,” the president’s son-in-law wrote in his statement. “I did not collude, nor know of anyone else in the campaign who colluded, with any foreign government.”

One of the contacts was a previously undisclosed April 2016 meeting with Russian ambassador Sergey Kislyak, which Kushner claimed lasted “less than a minute.” He also downplayed the June 2016 Trump Tower meeting with Kremlin-tied Russian lawyer Natalia Veselnitskaya, arranged by Trump’s eldest son, Donald Trump Jr., calling it a “waste of time.”

“I actually emailed an assistant from the meeting after I had been there for ten or so minutes and wrote ‘Can u pls call me on my cell? Need excuse to get out of meeting,'” Kushner said. “I had not met the attorney before the meeting nor spoken with her since. I thought nothing more of this short meeting until it came to my attention recently.”

Kushner has come under fire for initially failing to disclose his contacts with Russian officials on his application for a security clearance, with some Democrats calling for Kushner’s clearance to be revoked. And he also failed to provide a complete picture of his assets and liabilities on his financial disclosure forms. On Friday, the Wall Street Journal reported that Kushner had failed to disclose at least $1 billion in loans to companies and properties he partly owned.

Read his full statement below: