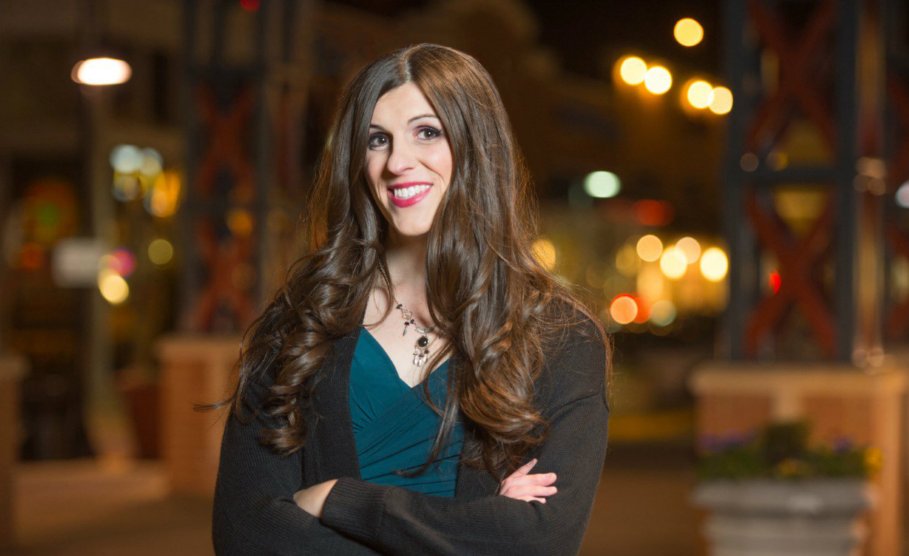 Danica Roem, a transgender woman and former journalist, beat out three challengers on Tuesday night to secure the Democratic nomination in what will inevitably be one of Virginia’s most-watched races this fall. The campaign to represent the state’s 13th District will put Roem, the first openly transgender candidate for the Virginia House of Delegates, up against longtime incumbent Bob Marshall—one of the state’s most anti-LGBT lawmakers.

Marshall, a delegate since 1992, was the author of the amendment that enshrined discrimination into the state’s constitution in 2006, by defining marriage as being between one man and one woman. And when he ran, unsuccessfully, for US Congress in 2014, he was described by the Atlantic as “basically the culture war’s four-star general”—a profile he continues to live up to. In January, he introduced what LGBT advocates described as one of the most dangerous bathroom bills in the country; the proposed legislation would have mimicked other bathroom bills across in country in forcing people to use the bathroom corresponding to their sex assigned at birth, but it also went a step further, requiring schools to out students to their parents within 24 hours if they asked “to be recognized or treated as the opposite sex.” When far-right conservatives held a news conference calling on GOP leadership to hold an up or down vote on the matter, a transgender man asked where they thought he should go to the bathroom. “Not here,” Marshall responded. Even the state’s GOP leadership didn’t want anything to do with the controversial proposal, and a Republican-led committee killed the bill.

“Let me make this really clear for you: When the people of the 13th District elect a transgender woman to replace the most anti-LGBT legislator in the South, it will be an act of certainty, and it will be a defining moment that will resonate across the country,” Roem said at an event in May, according to the Washington Blade.

Still, while Roem acknowledges the significance of the race, her focus is primarily on local issues. “[Marshall] is more concerned with where I go to the bathroom than where his constituents go to work,” she recently told the Washington Post. “I’m running a race on improving transportation rather than ensuring discrimination.” At the top of Roem’s platform is relieving traffic congestion on the notorious Route 28, “so morning rush hour isn’t unbearable.” Among her many other proposals is increasing teacher pay in the district so it’s competitive with the rest of Northern Virginia in order to recruit better teachers and encourage them to stay.

Even though Marshall has essentially owned this seat for 25-years, Roem might actually have a shot. The district toggles between electing Democrats and Republicans, depending on the race, and Hillary Clinton beat Donald Trump there by about 14 points in the 2016 election.

Given the district’s political history, argues Stephen Farnsworth, an expert on Virginia politics and a political science professor at the University of Mary Washington, it will be incredibly hard to predict how exactly this contest will play out. “[Marshall has] had a number of Democratic challengers over the year and has managed to win despite having a target on his back election cycle after election cycle,” he told Mother Jones. But, Farnsworth says, emphasizing constituent service issues rather that focusing on national social agenda items would be the best way to beat Marshall. And, he says, “that seems to be the strategy that the Democratic nominee has been emphasizing.”

This year, though, will certainly be different in at least one respect. “Rarely does a House of Delegates race in any state get national attention, but this one is guaranteed to be catnip for reporters all around the country,” Farnsworth says. “That will also mean a huge amount of money will be raised for this race on both sides.”

As Farnsworth notes, given Marshall’s career of being one of the most intense defenders of “traditional family values,” losing to Roem would be particularly painful defeat for him. But it’d be an especially satisfying one for LGBT rights advocates. Not only would it take power from a man intent on codifying discrimination against LGBT people into law, but it’d make Roem the first state legislator in the country to win as an openly transgender candidate.