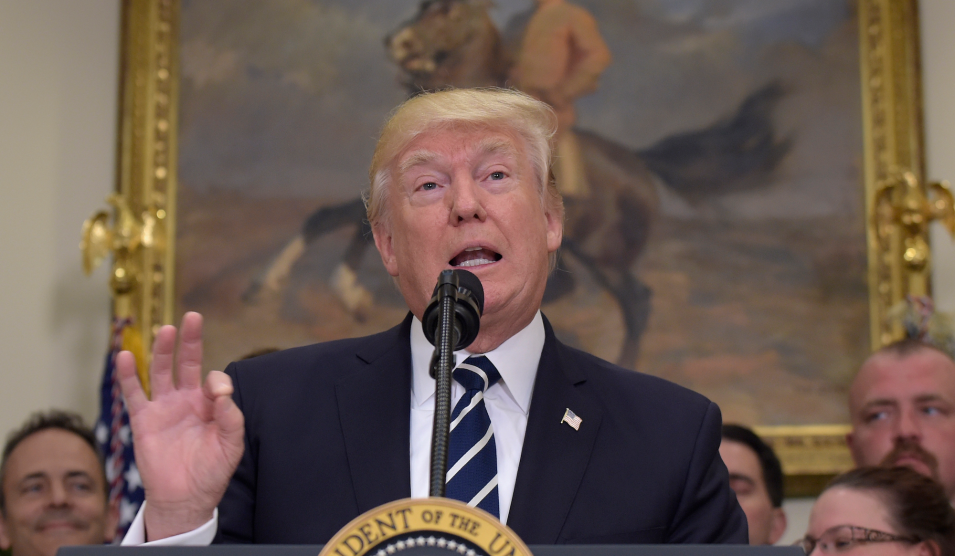 In a series of angry tweets Friday morning, President Donald Trump appeared to confirm reports that he is under federal investigation for obstruction of justice following the firing of former FBI Director James Comey.

Despite the phony Witch Hunt going on in America, the economic & jobs numbers are great. Regulations way down, jobs and enthusiasm way up!

While it was unclear to whom Trump was referring in his tweets, the outburst arrived just hours after Deputy Attorney General Rod Rosenstein released a cryptic statement Thursday evening urging Americans not to trust “anonymous allegations.”

“Americans should exercise caution before accepting as true any stories attributed to anonymous ‘officials,’ particularly when they do not identify the country—let alone the branch or agency of government—with which the alleged sources supposedly are affiliated,” the statement said.

On Friday, the president continued to mock the multiple investigations into Russian interference in the presidential election and possible ties between the Kremlin and Trump associates. Earlier this week, the Washington Post broke news that special counsel Robert Mueller had recently expanded the independent investigation to personally examine whether Trump had attempted to obstruct justice by dismissing Comey last month.

The White House initially claimed it was Rosenstein who had recommended Comey’s firing. Trump quickly contradicted that narrative, telling NBC’s Lester Holt that he intended to get rid of the former FBI director “regardless of recommendation.” Amid the uproar over Comey’s abrupt firing, Rosenstein appointed Mueller to lead the independent probe into possible collusion between the Trump campaign and Russian officials.