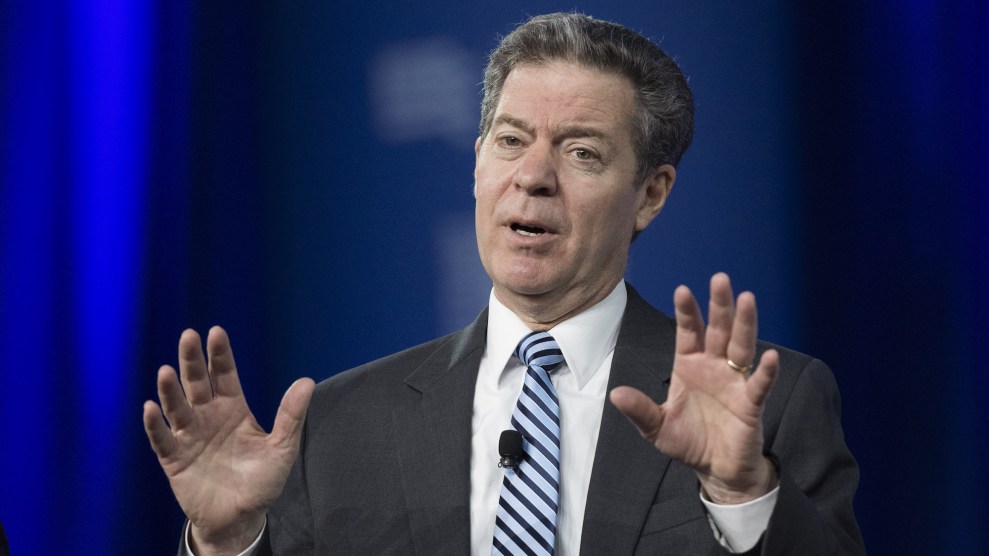 After years of budgetary ruin, Kansas’ experiment in trickle-down economics is finally coming to a close. Late Tuesday night, the state Legislature voted overwhelmingly to override a veto from Gov. Sam Brownback and increase a slew of taxes in the state.

Shortly after he became governor in 2011, Brownback dove into an ambitious effort to reshape the state with massive cuts to taxes and social spending. Brownback sold his plan as a conservative economic overhaul, implementing ideas that Republicans had long clamored for. He paid for Reaganomics guru Art Laffer to help craft the plan and convince wary state lawmakers.

The centerpiece of his plan was a huge reduction in the state’s income tax. Brownback erased the top income tax bracket and lowered rates across the board, with the most benefits handed to the wealthy. And he zeroed out taxes on “pass-through” income, allowing owners of LLCs and other businesses to evade taxes. Analysts warned that such a big reduction in tax revenue would leave a crater in the state’s budget, but Brownback waved away such concerns, promising that the cuts would more than pay for themselves by juicing the economy and creating jobs. When moderate Republicans in the Legislature didn’t fully agree with their governor, he teamed up with the Koch brothers’ advocacy organization to back primary campaigns against them and replace them with true believers.

A wave of moderate Republicans and Democrats swept into office after last year’s election, campaigning on ending Brownback’s experiment. But it’s still a heavily Republican Legislature that voted Tuesday to rebuke trickle-down economics, with bipartisan supermajorities in both chambers backing the override of Brownback’s veto. The Legislature’s plan would bring in an additional $1.2 billion over two years by bumping up income taxes across the board and ending Brownback’s exception for business owners.

Brownback had vetoed the plan earlier in the day Tuesday, as he had done earlier this year on another tax proposal. “We have worked hard in Kansas to move our tax policy to a pro-growth orientation,” Brownback said in a statement announcing his veto. “This bill undoes much of that progress.”

Brownback’s troubles could serve as a cautionary tale for national Republicans. Donald Trump and Paul Ryan are determined to reform the country’s tax code, on the same principle of reducing rates on the wealthy to stimulate job growth. But if they want to convince voters that a handout to the wealthy won’t blow up the national deficit, the cautionary tale out of Kansas has made their task that much harder.