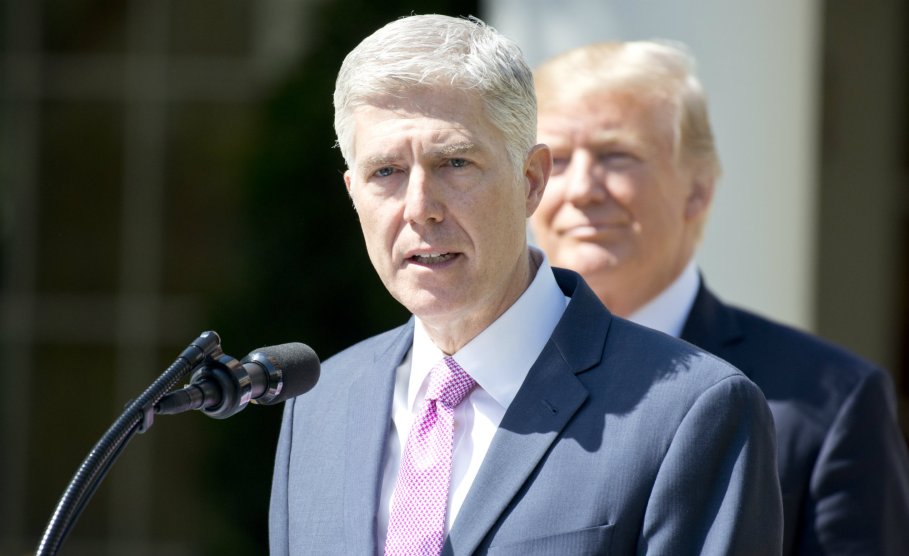 The Supreme Court ruled on Monday that states cannot discriminate against same-sex couples in determining who is listed on a child’s birth certificate. The decision bolsters the landmark ruling in Obergefell v. Hodges, the 2015 case in which the court concluded that same-sex couple are entitled to marriage “on the same terms and conditions as opposite-sex couples.” It overturns the Arkansas Supreme Court’s December ruling that “it does not violate equal protection to acknowledge basic biological truths.”

But the decision also holds a foreboding omen for LGBT rights. Neil Gorsuch, the court’s newest justice, joined Clarence Thomas and Samuel Alito in dissenting, suggesting that he may be a reliable critic of LGBT protections in future cases.

Under Arkansas law, when a married woman gives birth, the name of her husband generally must appear on the child’s birth certificate, even if he is not the biological father. But the same rule did not apply to same-sex couples. When the two plaintiff couples in the case submitted paperwork listing both spouses as parents, the state sent them back birth certificates that listed only the birth mother. “Because that differential treatment infringes Obergefell’s commitment to provide same-sex couples ‘the constellation of benefits that the States have linked to marriage,’ we reverse the state court’s judgment,” the majority wrote in an unsigned opinion.

Gorsuch’s record on LGBT matters is thin but has prompted concerns among LGBT rights advocates. In 2005, Gorsuch wrote an op-ed in the National Review accusing liberals of using the courts “as the primary means of effecting their social agenda on everything from gay marriage to assisted suicide.” Some Gorsuch supporters argued he might be a “conservative defender of gay rights” because he has gay friends.

During his confirmation hearings, Gorsuch said same-sex marriage was “absolutely settled law,” but he also noted “there is ongoing litigation about its impact and its application right now.” He didn’t indicate how he felt about that ongoing litigation, but Monday’s ruling provides some insight. And it doesn’t bode well for another case the Supreme Court announced on Monday that it would hear regarding whether businesses can refuse to serve gay and lesbian clients based on religious objections to same-sex marriage.