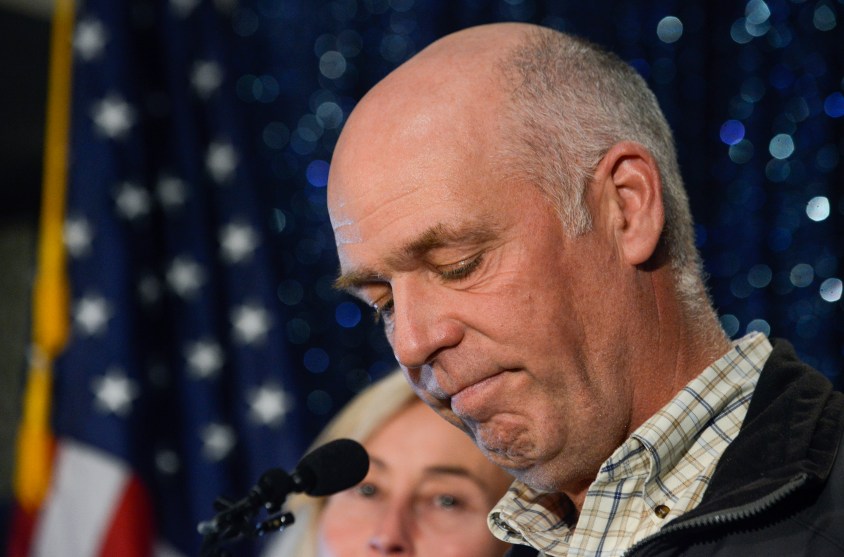 A Montana judge on Monday sentenced millionaire Republican Congressman-elect Greg Gianforte to community service and counseling after Gianforte pleaded guilty to misdemeanor assault. Gianforte attacked Ben Jacobs, a reporter with the Guardian, last month on the eve of a closely watched special election after Jacobs attempted to question him about the controversial Obamacare repeal bill passed by House Republicans.

Gallatin County Judge Rick West initially considered sentencing Gianforte to four days in jail, but he eventually opted for 40 hours of community service and 20 hours of anger management counseling, along with a $385 fines and fees, according to accounts from inside the court.

Before the judge sentenced Gianforte, the congressman-elect pleaded guilty to the charge, saying, “Although it was not my intention to hurt him, I understand Ben was injured.”

Last week, Gianforte publicly apologized to Jacobs and committed to paying $50,000 to the Committee to Protect Journalists in a civil settlement.

“I acknowledge that the media have an obligation to seek information,” Gianforte wrote to Jacobs. “I had no right to respond the way I did to your legitimate question about healthcare policy. You were doing your job.”

Jacobs responded to the apology in his testimony this morning, saying, “I fully expect his thoughtful words to be followed by concrete actions once he takes his seat in Congress.”