Rep. Dana Rohrabacher (R-Calif.) won his first election to the House of Representatives in 1988 with 64 percent of the vote. He’s been reelected 13 times since then. And even though he walloped his most recent challenger by nearly 17 percentage points, some Democrats now think that this could be the final term for the Southern California conservative Politico has dubbed “Putin’s favorite congressman.“

Protesters, sometimes numbering in the hundreds, assemble outside Rohrabacher’s office every Tuesday at 1 p.m. “He has been our congressman for a long time,” laments Diana Carey, vice chair of the Democratic Party of Orange County. “But because the district was predominantly Republican, my view is he’s been on cruise control.” Thanks to changing demographics in Orange County and newly fired-up liberal voters, Carey doesn’t think Rohrabacher’s seat is safe anymore.

Recently, Rohrabacher has been swept up in the scandal over the possible collusion between President Donald Trump’s campaign and Russia. Like Trump, Rohrabacher, who claims to once have lost a drunken arm-wrestling match with Vladimir Putin in the 1990s, believes the Russian government is being unfairly demonized. (During the 1980s, Rohrabacher was a staunch anti-communist who hung out with the anti-Soviet mujahedeen in Afghanistan.) He has shrugged off allegations of Moscow’s meddling in the 2016 presidential election by pointing out that the United States is guilty of similar actions. In May, the New York Times reported that in 2012 the FBI warned Rohrabacher that Russian spies were trying to recruit him. Two days earlier, the Washington Post reported on a recording from June 2016 in which House Majority Leader Kevin McCarthy said, “There’s two people I think Putin pays: Rohrabacher and Trump.” (McCarthy assured Rohrabacher the remarks were meant as a joke.) 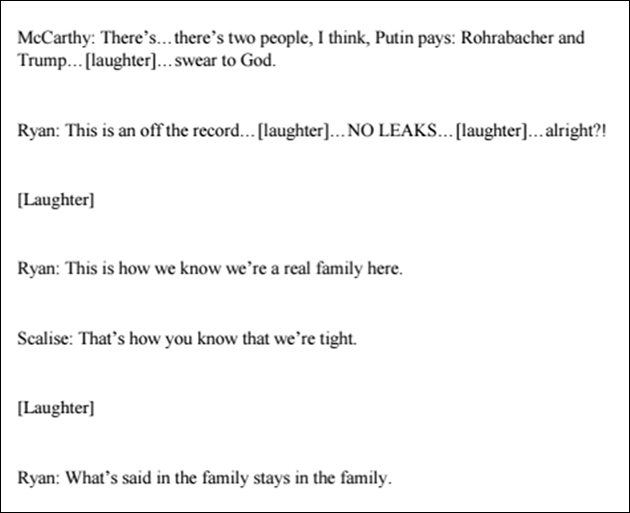 But of all the issues where Rohrabacher and Trump align, Russia may be the least pressing concern for the constituents who are rallying against him. So far, Rohrabacher has voted in line with Trump’s positions more than 93 percent of the time, according to FiveThirtyEight, including voting in favor of the GOP health care bill that would effectively end Obamacare. Rohrabacher pushed hard for the bill, warning his GOP colleagues that letting Trump’s first major legislative effort die would stunt the president’s momentum. “If this goes down,” he said in March, “we’re going to be neutering our President Trump. You don’t cut the balls off your bull and expect that’s he’s going to go out and get the job done.” Health care is a hot-button issue in the 48th District, Carey says. “I’ve had conversations with people who are absolutely beside themselves, scared that they’re going to lose coverage.”

While Rohrabacher won his last race in a near-landslide, his district went for Hillary Clinton in the presidential election. She won by a slim margin, but it was enough for the Democratic Congressional Campaign Committee (DCCC) to flag the district as a top target to flip in 2018. If the Democrats hope to best Rohrabacher in the midterms, they have a lot of work to do, says Justin Wallin, an Orange County-based pollster who runs an opinion research firm. “I don’t think Dana has carved out a position as a fire-breathing supporter for any political personality except for Ronald Reagan,” says Wallin, referring to Rohrabacher’s early days working in the Reagan White House. “He tends to align quite naturally with that district in his perspectives, his persona, and his political views. His district views him as being independent, and when Dana takes a position on something that seems to be outside the mainstream, that can actually buttress his favorable regard.”

Two Democrats have announced bids to run against Rohrabacher. One is first-time candidate Harley Rouda, a businessman and attorney who gave $9,200 to Republican congressional candidates and nothing to Democrats between 1993 and 2007. The other is Boyd Roberts, a Laguna Beach real estate broker who has vowed to work to impeach Trump and who finished last among five candidates running for a school board seat in Hemet, California, in 2012. Both are attacking Rohrabacher over his sympathetic stance toward Russia. “The district will vote [Rohrabacher] out because i think there is something with the Russia thing. I think I can raise money off it,” Roberts told the Los Angeles Times. In an online ad, Rouda calls Rohrabacher “one of the most entrenched members of Washington’s establishment” and vows to get “tough on Russia” if he is elected.

“They’re both kind of waving the flag of the Russia thing, and I just don’t think that’s gonna get them over the line,” says Wallin. Carey declined to comment on either candidate, though she says a third challenger will be announcing a bid this summer. Meanwhile, the DCCC hasn’t thrown its backing behind anyone yet. “Barring something dramatic happening, I’d say he is far more safe than a number of other districts in the area,” says Wallin.

Yet Carey thinks that so long as the Democrats continue organizing with the same intensity they’ve shown so far, they can turn the district blue. “We have a lot of folks who said they never paid attention before, a lot of no-party-preference people who are really concerned about democracy,” she says. When asked whether people in the district continue to be engaged, she responds, “So far I think the energy is staying. I tell people, ‘This is not a sprint, it’s a marathon.’ But I think as long as Trump keeps tweeting, we’ll keep having interest!”