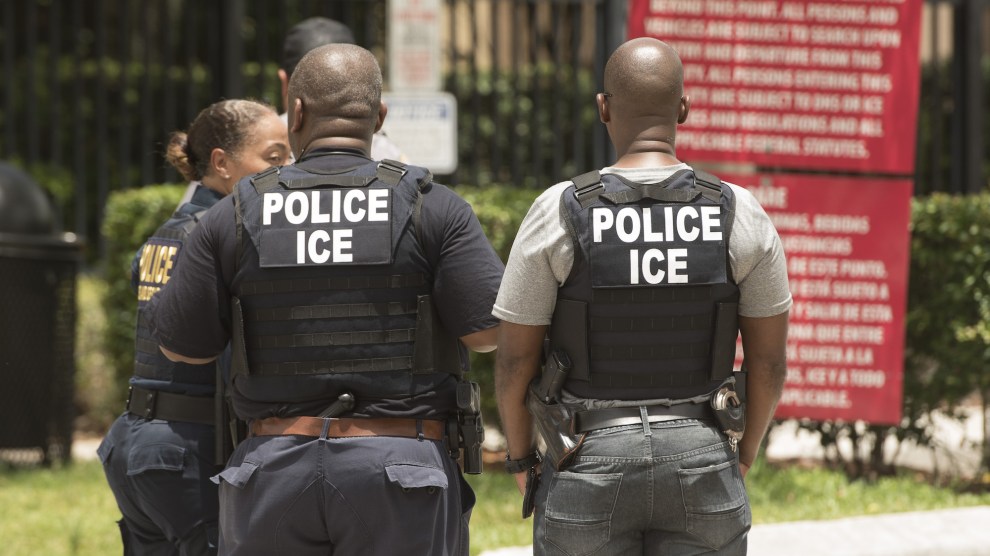 A Honduran immigrant held at a troubled detention center in California’s high desert died Wednesday night while in the custody of Immigration and Customs Enforcement (ICE). Vincente Caceres-Maradiaga, 46, was receiving treatment for multiple medical conditions while waiting for an immigration court to decide whether to deport him, according an ICE statement. He collapsed as he was playing soccer at the detention facility and died while en route to a local hospital.

Caceres-Maradiaga’s death is the latest in a string of fatalities among detainees held at the Adelanto Detention Facility, which is operated by the GEO Group, the country’s largest private prison company. Three people held at the facility have died in the last three months, including Osmar Epifanio Gonzalez-Gadba, a 32-year-old Nicaraguan found hanging in his cell on March 22, and Sergio Alonso Lopez, a Mexican man who died of internal bleeding on April 13 after spending more than two months in custody.

Since it opened in 2011, Adelanto has faced accusations of insufficient medical care and poor conditions. In July 2015, 29 members of Congress sent a letter to ICE and federal inspectors requesting an investigation into health and safety concerns at the facility. They cited the 2012 death of Fernando Dominguez at the facility, saying it was the result of “egregious errors” by the center’s medical staff, who did not give him proper medical examinations or allow him to receive timely off-site treatment. In November 2015, 400 detainees began a hunger strike, demanding better medical and dental care along with other reforms.

The federal government guarantees GEO that a minimum of 975 immigrants will be held at the facility and pays $111 per detainee per day.

Yet last year, the city of Adelanto, acting as a middleman between ICE and GEO, made a deal to extend the company’s contract until 2021. The federal government guarantees GEO that a minimum of 975 immigrants will be held at the facility and pays $111 per detainee per day, according to California state Sen. Ricardo Lara (D-Bell Gardens), who has fought to curtail private immigration detention. After that point, ICE only has to pay $50 per detainee per day—an incentive to fill more beds.

Of California’s four privately run immigration detention centers, three use local governments as intermediaries between ICE and private prison companies. On Tuesday, the California senate voted 26-13 to ban such contracts, supporting a bill that could potentially close Adelanto when its contract runs out in 2021. The Dignity Not Detention Act, authored by Lara, would prevent local governments from signing or extending contracts with private prison companies to detain immigrants starting in 2019. The bill would also require all in-state facilities that hold ICE detainees, including both private detention centers and public jails, to meet national standards for detention conditions—empowering state prosecutors to hold detention center operators accountable for poor conditions inside their facilities.

An identical bill passed last year but was vetoed by Gov. Jerry Brown. “I have been troubled by recent reports detailing unsatisfactory conditions and limited access to counsel in private immigration detention facilities,” Brown wrote in his veto message last September. But he deferred to the Department of Homeland Security, which was then reviewing its use of for-profit immigration detention. In that review, the Homeland Security Advisory Council rejected the ongoing use of private prison companies to detain immigrants, citing the “inferiority of the private prison model.” Yet since President Donald Trump took office, the federal government has moved to expand private immigration detention, signing a $110 million deal with GEO in April to build the first new immigration detention center under Trump.