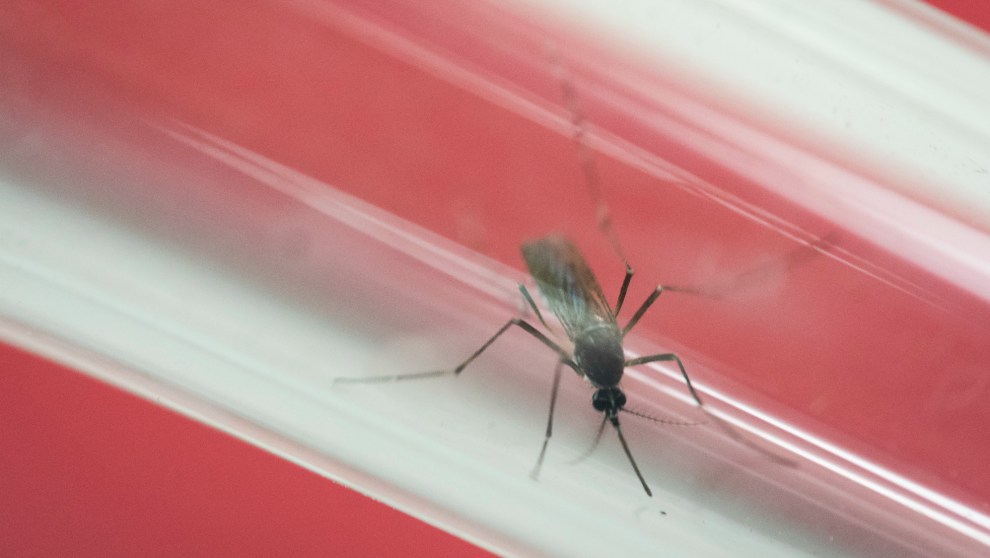 The controversial GOP health care bill that narrowly passed the House of Representatives this month could have devastating consequences for mothers and children infected with Zika, experts say. The mosquito-borne virus is just one on a nearly endless list of preexisting medical conditions—cancer, asthma, pregnancy—for which insurers could potentially charge higher premiums if Republicans get their way.

One of the most popular features of Obamacare is a provision known as “community rating,” which bars insurance from charging more for people with preexisting conditions. This was a common practice before Obamacare was enacted in 2010; stories of sick people being unable to find affordable coverage were one of the main arguments used by the legislation’s supporters. Of course, the public health crisis surrounding Zika—and the birth defects it can cause—wasn’t an issue at the time; no one in the United States had yet contracted the virus. But if the House’s Obamacare repeal bill becomes law, people with Zika could end up paying far more for their health care—and could even end up priced out of insurance entirely.

Multiple health care experts told Mother Jones that the GOP bill would almost certainly mean a host of insurance problems for both pregnant women who have had Zika and infants born with microcephaly, a condition where a child has a smaller brain and other health defects. Zika can cause a host of other birth defects and in rare cases has been linked to Guillain-Barré syndrome, which can cause temporary paralysis in adults. What’s more, the GOP bill cuts funding to the Centers for Disease Control and Prevention, the agency on the front lines of the battle against the disease.

The Republican bill includes an amendment that allows states to opt out of the Obamacare community rating protection. Under the GOP plan, if a person’s health coverage were to lapse longer than 63 days in a state that opts out, that person could be charged a prohibitive cost on the private market. Short lapses in coverage are incredibly common. The Kaiser Family Foundation estimates that 27.4 million nonelderly adults had a several-month gap in coverage in 2015. For the 6.3 million of these adults who have preexisting conditions, the costs could be significant. The liberal Center for American Progress estimated that under the GOP bill, people with even mild preexisting conditions would pay thousands more per year—a 40-year-old, for example, would likely be charged an extra $4,340 in premiums if she had asthma, or $17,320 extra if she were pregnant.

Zika was first identified in 1947 in Uganda. It didn’t emerge in Brazil until 2015, when researchers began to notice the link to a spike in birth defects. Since then, mosquitoes carrying the Zika virus have been found in almost every country in the Western Hemisphere. Zika is particularly prevalent in Latin American, but it has also appeared in the United States. There have been more than 30,000 cases confirmed in Puerto Rico, including 3,300 pregnant woman, and more than 1,000 cases in Florida. The spread of Zika has varied wildly from year to year, with cases this year down sharply from 2016.

Yet our understanding of the Zika virus and its related health problems is still evolving. In most people, the virus shows no visible symptoms or just mild problems such as aches and a fever. But it does raise the risk of microcephaly, a rare brain defect in which a child develops with an abnormally small head and brain. Microcephaly is incredibly rare in a normal pregnancy, but a Zika infection in the first trimester raises the risk to 1 to 13 percent.

Zika is linked to various health problems in infants, but microcephaly itself is an expensive medical condition. The CDC estimates it would cost an additional $1 million to $10 million in medical care over the child’s lifetime. Zika-associated microcephaly would probably cost somewhere in the tens or hundreds of thousands of dollars per year in premium surcharges, according to the Center for American Progress health policy team.

Experts say that, under the Republican plan, insurers would almost certainly treat Zika as a reason to charge higher premiums.

“If it’s documented in your medical records that you had this infection and you have it now, they might well act on it,” Karen Pollitz, a senior fellow at the Kaiser Family Foundation, told Mother Jones. And if an infant was born with microcephaly, Pollitz added, “you’d have to be very careful as the parent of a child to never have a break in coverage.” Pollitz also added that the total number of Zika cases is small, but the issue could come up in medical records and be cause for insurers to “jump on that and possibly charge you a higher premium.”

In other words, insurers would be tempted to charge more based on the expensive medical costs sometimes associated with Zika, and there would be nothing preventing them from doing it. “There’s no rule about what can or cannot qualify” as a preexisting condition, New York University health care expert Sherry Glied said in an email, “and Zika will certainly raise later costs, so would count.”

David Anderson, a Duke University health policy researcher who has worked in the health insurance industry, added that another part of the GOP’s health bill—massive cuts to Medicaid spending—would add more strain to state budgets in the case of a Zika outbreak. The bill reduces Medicaid expenditures by $834 billion over the next decade, according to an analysis by the nonpartisan Congressional Budget Office. Trump’s 2018 budget released Tuesday proposes even deeper cuts than the GOP bill. If passed, the budget would reduce Medicaid spending by $1.4 trillion over 10 years.

Anything affecting babies is a big deal for Medicaid, which covers nearly half of all births in the United States. That would cause a significant problem if Zika leads to an unexpected spike in microcephaly. “If it’s not that common, states can handle one or two isolated events,” Anderson says. “If it’s very common and there are hundreds of babies born with microcephaly under high-cost conditions, then states can’t handle it.”

The House bill would have other impacts on Zika prevention efforts. It cuts nearly $1 billion from the CDC’s budget. The CDC funds testing and research and deploys emergency teams to provide extra medical assistance and to control the spread of Zika-infected mosquitoes. The CDC fights Zika by monitoring mosquitoes that transmit the virus, and it collects data about how Zika affects pregnancies. Trump’s budget doesn’t help the situation either. Although it sets up a CDC emergency response fund to deal with outbreaks like Zika, the budget weakens prevention efforts by seeking a 17 percent cut to the CDC and an 18 percent cut to the National Institutes of Health.

The confluence of Zika and the GOP health care bill could have political consequences in places like Florida, where the virus has already proved to be a potent electoral issue. Two South Florida congressmen—GOP Reps. Carlos Curbelo and Mario Diaz-Balart—championed a bill last year that sent $1.1 billion to the CDC and the NIH to combat Zika. Both also voted for the Obamacare repeal bill. Neither of their offices responded to requests for comment.