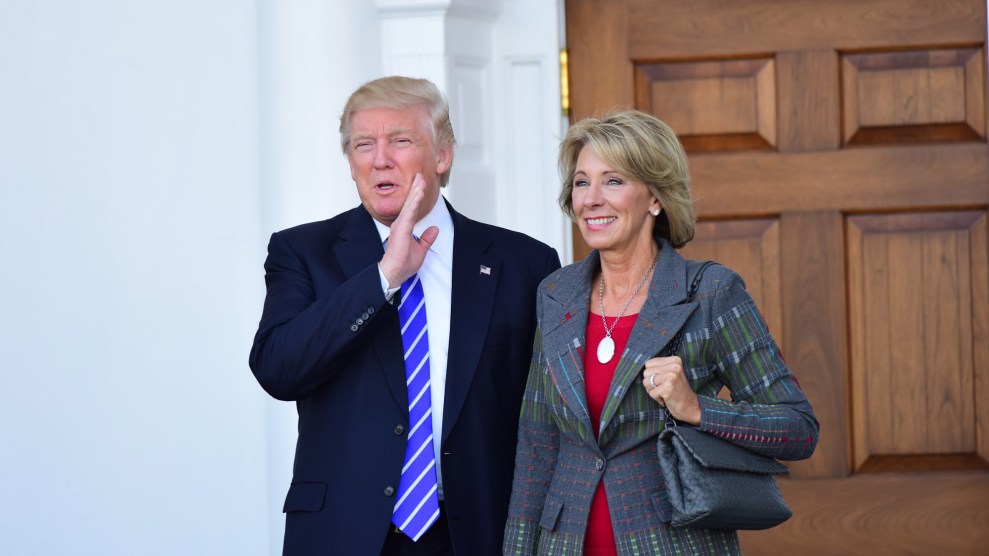 The White House is expected to make steep cuts to the Department of Education’s budget in an effort to direct the money toward promoting school choice, the Washington Post reported Wednesday.

According to budget documents obtained by the Post that are expected to be released next week, the administration proposes $10.6 billion in cuts to the education department, including the elimination of at least 22 programs. The proposed budget calls for an investment of $400 million toward expanding charter schools and vouchers for private schools.

It also calls for another $1 billion in Title I funds, originally meant for low-income students, to be used for a new grant program, Furthering Options for Children to Unlock Success (FOCUS), that would encourage school districts to adopt policies that advance school choice. The controversial move, known as “portability,” is meant to allow students to take federal, state, and local dollars to the schools they want to go to—an idea rejected by Democrats as a way to divert public dollars toward private and religious schools.

Special education and Title I spending are expected to remain stable under the administration’s budget, the Post reported. The department proposes using $250 million on “Education Innovation and Research Grants” that would examine the impact of vouchers. The education department’s recent assessment of Washington, DC’s voucher program, the only federally funded one in the country, found that students who received vouchers performed worse academically after a year in private school than those attending public schools.

The budget proposal would have to make its way through Congress. DeVos is expected to have a chance to defend the administration’s spending priorities before the US House Committee on Appropriations on May 24.