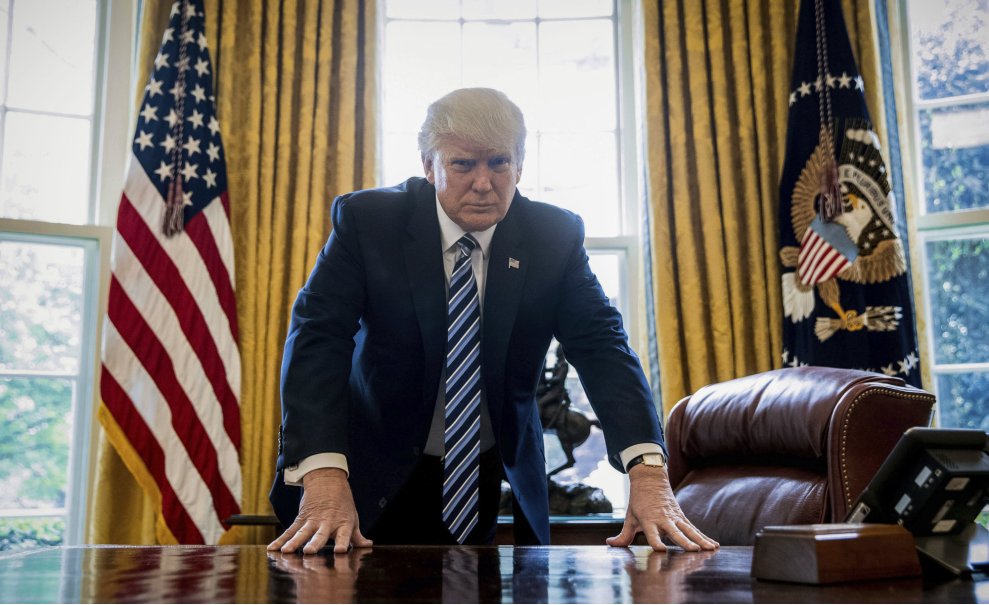 It’s been James Comey week, and rightly so: President Donald Trump’s firing of the FBI director threatens the investigation into Russia’s interference in the 2016 election. Some Democrats are calling it a constitutional crisis and even some Republicans say an independent investigation is necessary. But while everyone was watching the Comey saga unfold, the Trump administration continued to advance its agenda. Here’s what happened while you weren’t paying attention:

The administration launched a commission that could suppress voting.
Trump signed an executive order establishing a vote fraud commission on Thursday to study “vulnerabilities in voting systems and practices used for Federal elections that could lead to improper voter registrations and improper voting, including fraudulent voter registrations and fraudulent voting.” Since voting fraud is nearly nonexistent problem, civil rights advocates are rightly concerned that it’ll be used to justify voting suppression efforts. As Mother Jones‘ Pema Levy reported, the leadership of the commission gives further credence to these concerns.

The Justice Department reupped the war on drugs.
Attorney General Jeff Sessions announced Friday that he’s reversing a key part of the Obama administration’s criminal justice reform. Sessions has instructed federal prosecutors to “charge and pursue the most serious, readily provable offense.” Former Attorney General Eric Holder’s guidance had directed prosecutors to pursue drug charges in a way that did not trigger mandatory minimum sentences if defendants met certain criteria such as not belonging to a gang or major drug trafficking organization. “Jeff Sessions is pushing federal prosecutors to reverse progress and repeat a failed experiment—the War on Drugs—that has devastated the lives and rights of millions of Americans, ripping apart families and communities and setting millions, particularly Black people and other people of color, on a vicious cycle of incarceration,” said Udi Ofer, director of the American Civil Liberties Union’s Campaign for Smart Justice, in a statement.

The EPA signaled that it’s choosing industry over science.
Environmental Protection Agency Administrator Scott Pruitt dismissed half the scientists from the agency’s 18-member Board of Scientific Counselors and is considering replacing them with industry representatives. “The administrator believes we should have people on this board who understand the impact of regulations on the regulated community,” an EPA spokesperson told the New York Times. The board gives advice and recommendations to ensure the integrity of the EPA’s scientific research and has been the target of political attacks from industry groups and Republicans. “If they are proposing that the decisions not be based on science, what is it they are proposing they be based on?” Andrew Rosenberg, director of the Center for Science and Democracy at the Union of Concerned Scientists, told ThinkProgress. “The alternative is pure politics. Who has the most influence?”

The health secretary rejected effective treatment for opioid addiction.
Trump has promised to fight the opioid epidemic and appointed a commission to address the issue, but comments from the government’s top health executive raise concerns about the administration’s approach. When asked about drug treatment this week during an event about the crisis, Health and Human Services Secretary Tom Price said, “If we’re just substituting one opioid for another, we’re not moving the dial much. Folks need to be cured so they can be productive members of society and realize their dreams.” The website for the National Institutes of Health says it’s a myth that medicine-assisted treatment substitutes “one addiction for another,” and studies have shown it to be effective. “This is a dangerous, dangerous statement,” physician Corey Waller, chair of legislative advocacy for the American Society of Addiction Medicine, told Politico. “He is moving out of the world of scientific fact into the world of alternative facts.”