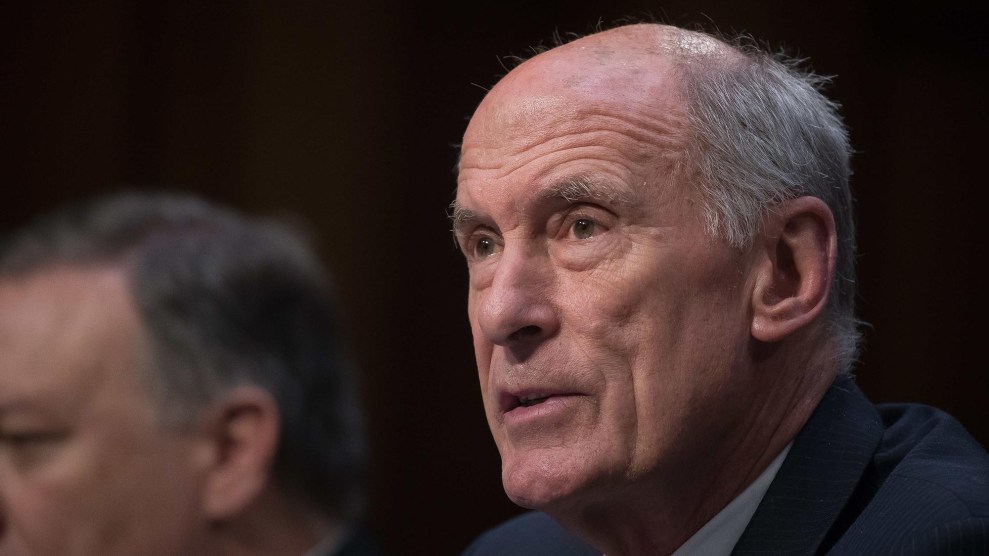 Director of National Intelligence Dan Coats on Tuesday refused to tell Senators whether President Donald Trump had asked him to push back against against the FBI investigation into potential links between Trump’s associates and Russian efforts to meddle in the 2016 presidential election, an allegation that was reported by the Washington Post Monday night.

At a Senate Armed Services Committee hearing Sen. John McCain (R-Ariz.) asked about the accuracy of Post‘s report that Trump had asked Coats and NSA director Michael Rogers to “publicly deny the existence of any evidence of collusion during the 2016 election.” According to the Post’s sources, both Coats and Rogers felt Trump’s request was “inappropriate” and refused to comply. Coats declined to answer McCain’s question.

“As the president’s principal intelligence adviser, I’m fortunate to be able and need to spend a significant amount of time with the president discussing national security interests and intelligence,” said Coats. “As it relates to those interests, we discuss a number of topics on a very regular basis. I have always believed that given the nature of my position and the information which we share, it’s not appropriate for me to comment publicly on any of that. So on this topic, as well as other topics, I don’t feel it’s appropriate to characterize discussions and conversations with the president.”

Coats responds to report Trump asked him to push back against FBI’s Russia probe: Not “appropriate to characterize discussions” w/president. pic.twitter.com/pz1bJmHMWM

Trump’s alleged request to Coats and Rogers came after then-FBI Director James Comey confirmed publicly on March 20 that the FBI was investigating possible links between Trump campaign associates and the Russian government, and whether any coordination between them existed during the 2016 campaign.

According to the Post, an internal NSA memo written by a “senior NSA official” documented Trump’s request at the time he made it. Of course, that memo wouldn’t be the only time a senior intelligence official apparently documented an inappropriate request made by Trump regarding the Russia investigation. As the New York Times revealed last week, Comey wrote a series of memos documenting his communications with Trump, including one in which he apparently wrote that Trump had asked him to drop the investigation into former National Security Adviser Michael Flynn.