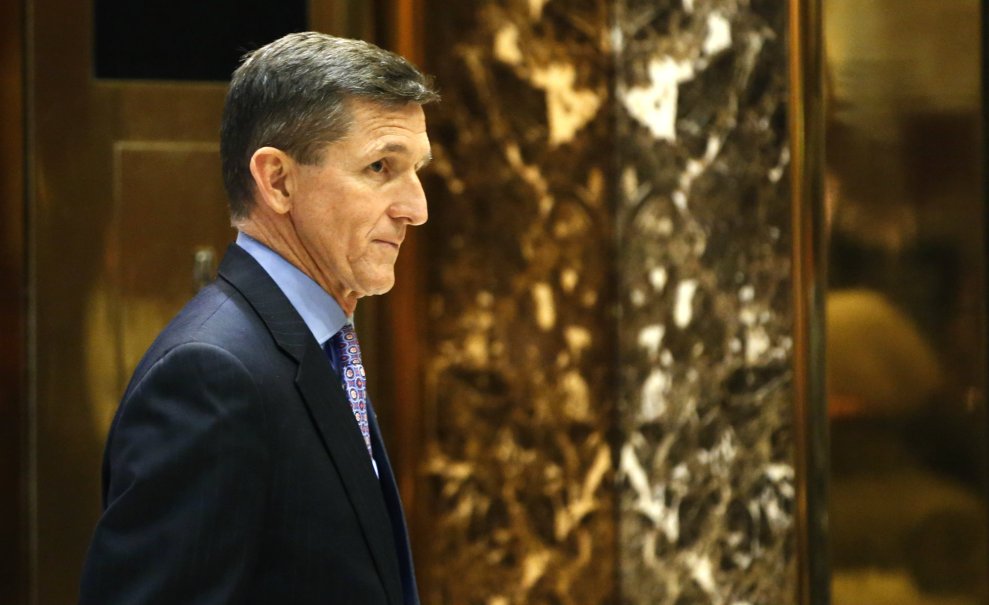 Former National Security Advisor Michael Flynn will invoke the Constitution’s Fifth Amendment protection against self-incrimination on Monday and refuse to comply with a congressional subpoena, according to the Associated Press. The Senate intelligence committee had asked Flynn for documents in his possession that might relate to the committee’s investigation into Russia’s interference with the 2016 election.

It’s not a surprising move—Flynn was not expected to turn over the documents without immunity, “because he would be waiving some of his constitutional protections by doing so,” according to the AP. Last week, Richard Burr (R-N.C.), chairman of the intelligence committee, prematurely said Flynn would not cooperate.

It’s unclear how Republicans will respond to Flynn’s decision. The intelligence committee could ask Congress to vote on whether to hold Flynn in contempt—an option that would force Flynn to face possible fines or jail time if he continued to withhold the documents. “I’m not going to go into what we might or might not do,” Burr said last week when asked what the committee would do next if Flynn refused to cooperate with the investigation. “We’ve got a full basket of things that we’re willing to test.”

Meanwhile, Democrats on the House’s oversight committee are increasing pressure on Chairman Jason Chaffetz (R-Utah) to subpoena the White House for documents on how the White House vetted Flynn, which the committee asked for two months ago. “The White House is obstructing our investigation on the Oversight Committee, covering up for General Flynn, and refusing to produce a single document that Chairman Chaffetz and I asked for in a bipartisan letter two months ago,” Rep. Elijah Cummings (D-Md.), ranking member of the committee, said in a statement over the weekend.*  “I have prepared a subpoena that the Chairman could sign today.” Cummings says if Chaffetz doesn’t want to issue the subpoena himself, he should allow committee members to take a vote on it.

Chaffetz isn’t always so shy about using the power to subpoena—he asked for the FBI’s full investigation into Hillary Clinton’s emails and just last week demanded that the FBI hand over the Comey memos, which detail President Donald Trump’s attempts to curb the federal investigation into Flynn, according to an explosive report last week from the New York Times.