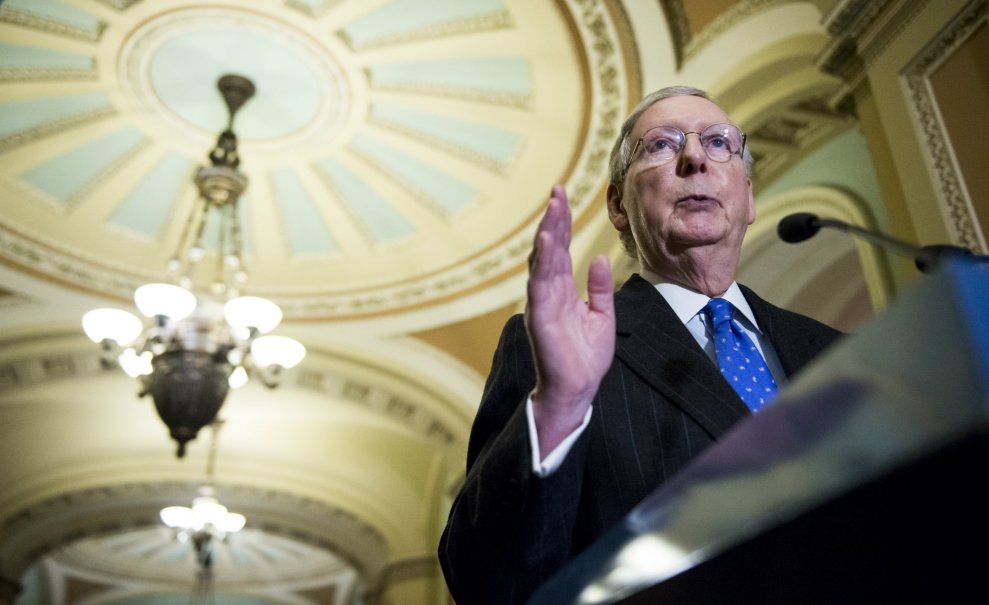 Senate Majority Leader Mitch McConnell (R-Ky.) on Wednesday defended President Donald Trump’s decision to fire FBI Director James Comey and rejected bipartisan calls for an independent investigation into possible collusion between Trump associates and Russia during the 2016 campaign. In the wake of Comey’s firing, more than 100 members of Congress have called for a special prosecutor or an independent commission—similar to the 9/11 commission—to investigate the Russia scandal.

According to McConnell, an independent probe would undermine the investigation into Russian interference in the election currently being conducted by the GOP-led Senate intelligence committee. “Today we’ll no doubt hear calls for a new investigation, which could only serve to impede the current work being done,” McConnell said Wednesday on the Senate floor.

“Partisan calls should not delay the considerable work of [Senate intelligence committee] chairman [Richard] Burr and vice chairman [Mark] Warner,” McConnell added. “Too much is at stake.”

Warner, a Democrat, certainly agrees that much is at stake—he’s called the intelligence committee probe “the most important thing I’ve ever done.” But Warner said Tuesday that Trump’s firing of Comey “demands the appointment of a Special Counsel.”

.@POTUS firing #FBIDirector Comey in the middle of his investigation into the Trump campaign demands the appointment of a Special Counsel.

Burr, a Republican, also raised concerns about Trump’s actions, saying Tuesday that he’s “troubled by the timing and reasoning of Director Comey’s termination” and that the firing “further confuses an already difficult investigation by the Committee.” Still, he stopped short of calling for an independent investigation.

My statement on the dismissal of FBI Director Comey https://t.co/ovoe34xajZ pic.twitter.com/1hB0QveczE

His dismissal further confuses an already difficult investigation by the Committee.