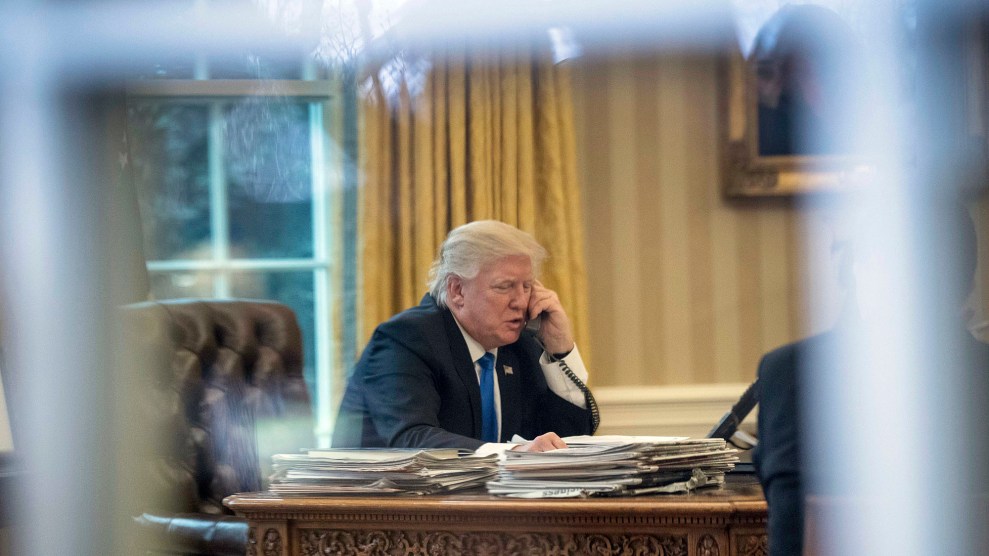 Two top Democrats are demanding that the White House turn over any recordings of conversations between President Donald Trump and former FBI Director James Comey. The request comes in response to Trump’s tweet Friday morning in which he stated that Comey “better hope that there are no ‘tapes’ of our conversations before he starts leaking to the press!”

In a letter sent Friday to White House Counsel Donald McGahn, Reps. John Conyers (D-Mich.) and Elijah Cummings (D-Md.), the ranking Democrats on the House Judiciary and Oversight committees, respectively, demand that any such tapes be turned over to Congress. Moreover, they note that the president’s tweet may violate federal law prohibiting the intimidation of potential witnesses. “[I]t is a crime to intimidate or threaten any potential witness with the intent to influence, delay, or prevent their official testimony,” they say in the letter. The president’s tweets, they write, “raise the specter of possible intimidation and obstruction of justice.”

In addition to any possible tapes, the two congressmen request “all documents, memoranda, analyses, emails, and other communications relating to the President’s decision to dismiss Director Comey” by May 25.

In the wake of Comey’s firing Tuesday, House Democrats have sought documents and explanations from the Justice Department and the White House. Earlier Friday, Conyers and Cummings requested additional information about Attorney General Jeff Sessions’ role in the firing because his involvement could constitute a violation of his promises to recuse himself from the investigations involving Hillary Clinton and Russian interference in the election. And on Thursday, every Democratic member of the House Judiciary Committee asked for hearings to investigate Comey’s firing.