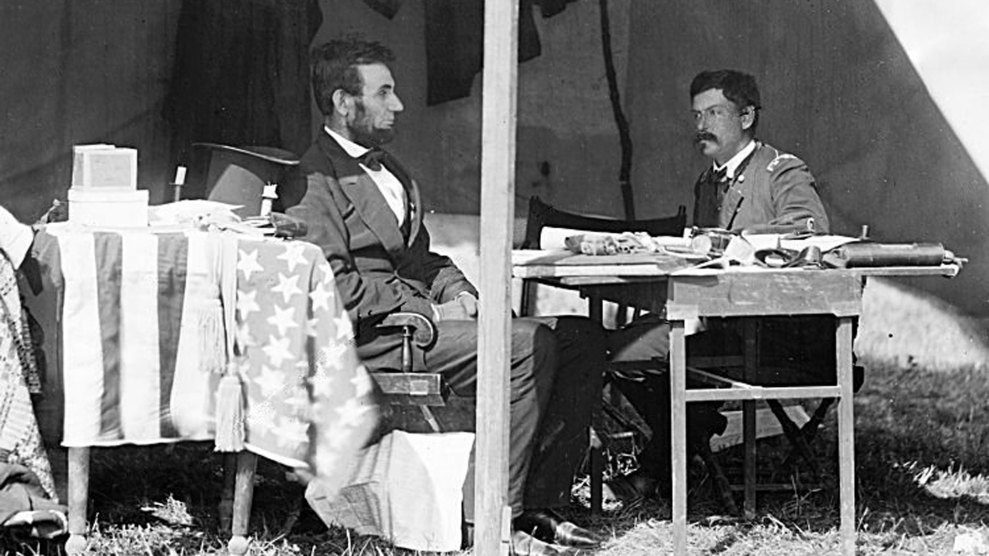 President Donald Trump said in an interview on SiriusXM’s “Main Street Meets the Beltway” show Monday that if Andrew Jackson had been president in 1860, the Civil War would have been averted. “Had Andrew Jackson been a little later, you wouldn’t have had the Civil War,” he stated, and he asked, “Why could that one not have been worked out?”

I asked David Blight, a Yale University historian whose work has focused on slavery, the Civil War, and Reconstruction, what he thought of Trump’s remarks. Here’s his response:

Well, I just read these postings?  So he really said this about Jackson and the Civil War? All I can say to you is that from day one I have believed that Donald Trump’s greatest threat to our society and to our democracy is not necessarily his authoritarianism, but his essential ignorance—of history, of policy, of political process, of the Constitution. Saying that if Jackson had been around we might not have had the Civil War is like saying that one strong, aggressive leader can shape, prevent, move history however he wishes. This is simply 5th grade understanding of history or worse.  And this comes from the President of the United States! Under normal circumstances if a real estate tycoon weighed in on the nature of American history from such ignorance and twisted understanding we would simply ignore or laugh at him. But since this man lives in the historic White House and wields the constitutional powers of the presidency and the commander in chief we have to pay attention. Trump’s “learning” of American history must have stopped even before the 5th grade.  I wish I could say this is funny and not deeply disturbing. My profession should petition the President to take a one or two month leave of absence, VP Pence steps in for that interim, and Trump goes on a retreat in one of his resorts for forced re-education. It could be a new tradition called the presidential education leave. Or perhaps in New Deal tradition, an “ignorance relief” period.  This alone might gain the United States again some confidence and respect around the world.

Hope this helps.  God help us.