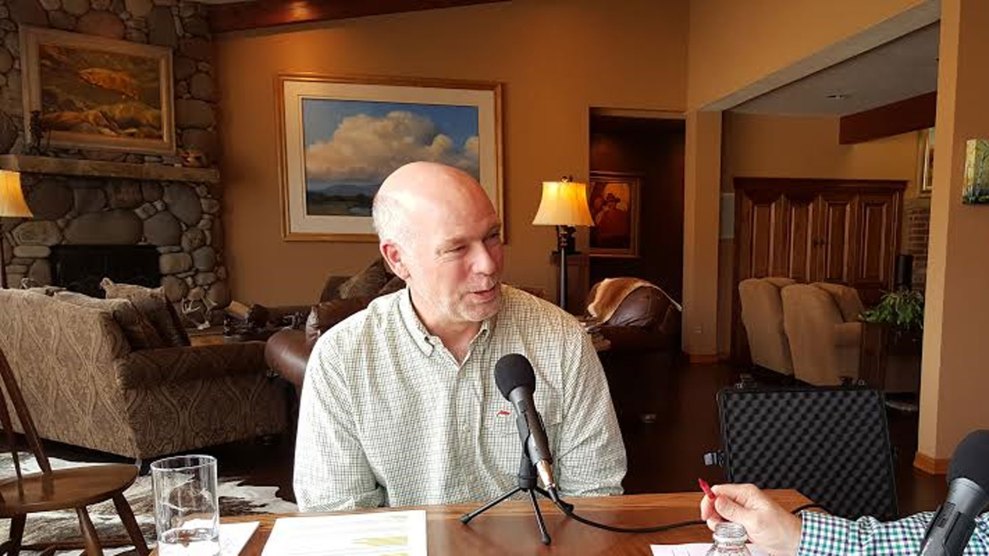 The question was quite simple. Gianforte had previously stated that he wanted to see the Congressional Budget Office score before saying whether he would have voted for the Affordable Health Care Act, the Obamacare repeal effort that passed the House on May 4. Late Wednesday afternoon, on the eve of Thursday’s special election to replace Interior Secretary Ryan Zinke, the CBO released its report, finding that the bill would leave an additional 23 million Americans without health insurance by 2026 and cause the cost of insurance to soar for some populations, in particular for people suffering from drug abuse. Now that the score was out, Jacobs asked Gianforte what he thought.

The rest, as they say, is a law enforcement matter.

Contrast Gianforte’s response to legislation passed by the chamber he’s hoping to join with that of his Democratic opponent, country music singer Rob Quist. Quist was upfront about his support for single-payer health care from the beginning, and Montana Democrats pushed digital ads targeting voters who might lose health insurance under the Republican proposal. His closing television ad highlighted his own medical issues (a botched gallbladder surgery), noted that half of the state’s residents also have pre-existing conditions, and hammered Gianforte for saying he was “thankful” for the bill in a secretly recorded conference call with health care lobbyists:

In this respect, the race is a useful barometer for how both parties view what may be the singular policy accomplishment of the Trump era, if it manages to become law. Democrats such as Quist, even in Republican-leaning districts—maybe even especially in Republican-leaning districts—are bullish not just about the toxicity of AHCA and its deadly implications, but about the prospect of a more robust universal-care scheme rising out of its ashes. Gianforte evidently considered misdemeanor assault preferable to a stated position on the law; Quist talks about it every chance he gets, and he even brought the nation’s leading proponent of Medicare-for-All, Sen. Bernie Sanders of Vermont, to campaign with him in four cities on the closing weekend of the race.

With roughly two-thirds of the state’s expected votes already cast before both the final CBO score and his violent explosion, Gianforte may have been able to run out the clock on the most pressing domestic policy issue in Washington. But most Republicans in his shoes next year—and Gianforte himself, if he’s up for reelection in 2018—won’t have that chance.